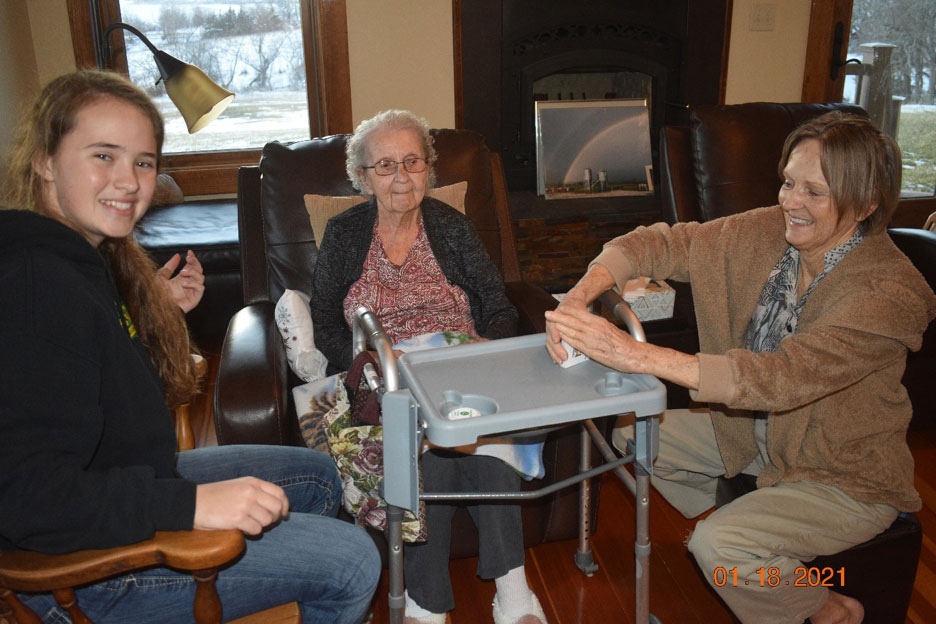 Our game nights/ afternoons all started when Aunt Bon’s washing machine went out.  However, the laundry pile does not stop growing.  So, Grammy was volunteered to wash the clothes for Aunt Bon.  On Friday when I got back from college, Abby and I went up to retrieve a basket of nicely folded clothes.  Thanks Grammy! We decided to stay and visit a while and see how things had been going there…

You see Aunt Heather was sick, so they decided to move Grandma Lois up to Grammy’s for a while.  They both seemed to be adjusting well!  Grandma was without her TV, but we supplied the evening entertainment. 😊  (Update, everything is back to normal and she’s back at Uncle Joe and Aunt Heather’s as of this afternoon.) 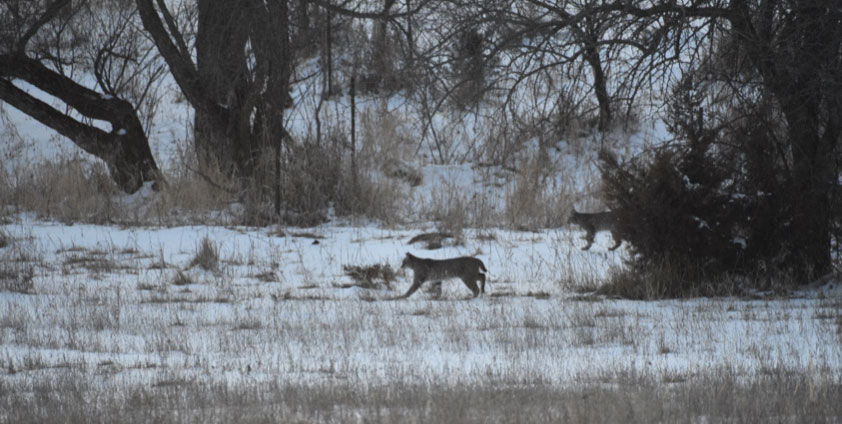 While visiting, Abby looked out the window and spotted 3 Bobcats!  I only got a clear picture of 2… 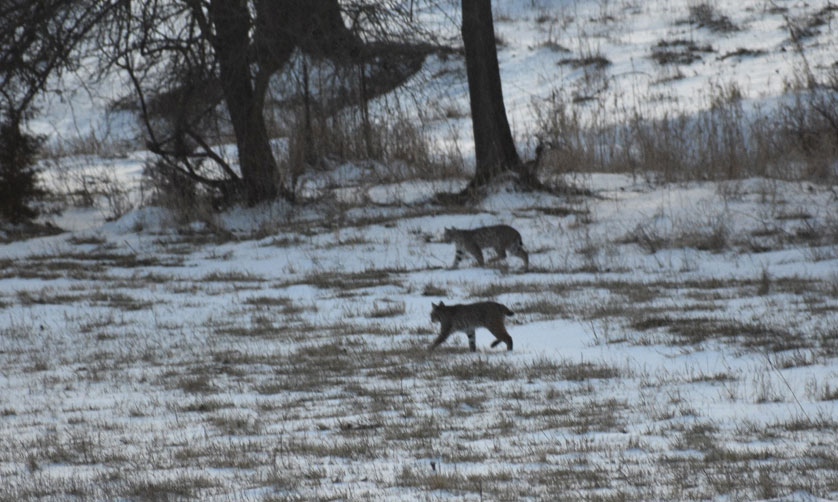 So that was exciting! 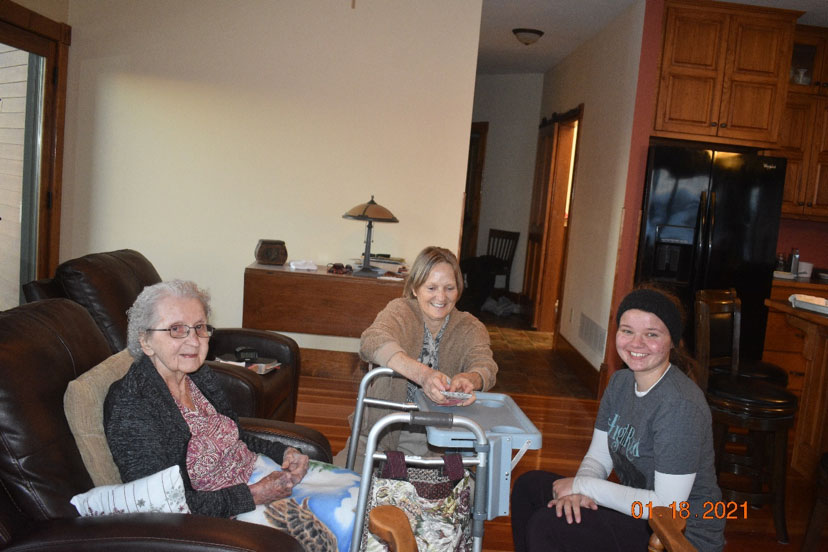 Once we captured the pictures of the Bobcats, we settled back into our game of Crazy 8’s.  We played several a night, which led to everyone winning. 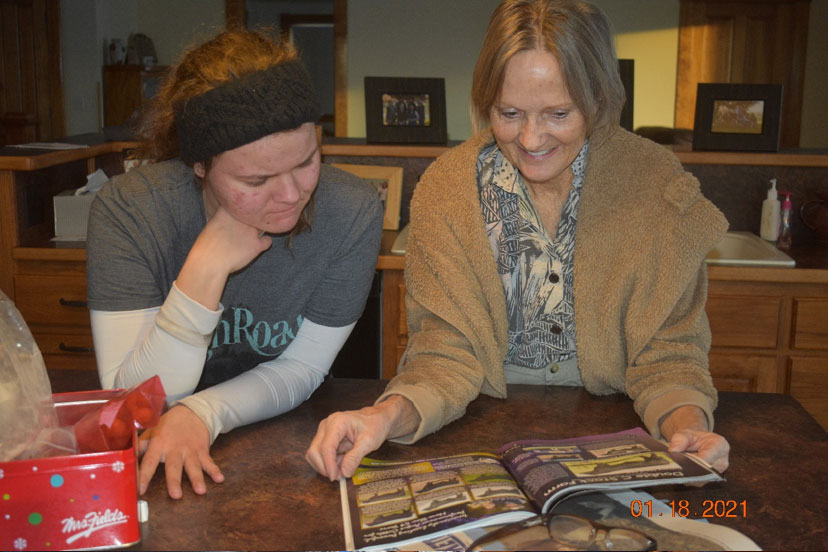 Before we showed up one night, I was called to go help with some bull videoing and picture practice.  When Grammy found out that we are taking pictures and videos of the sale bulls, she took the time to look through ads featuring other cattle.  These were professionally taken and edited.  And they looked good.  Really good.  My face in this picture is thinking “oh boy”.  You see I’m not a professional.  It takes lots of time and practice to get there.  So right now we are in the baby step/ learning stage. My bubble was being burst there.  😊 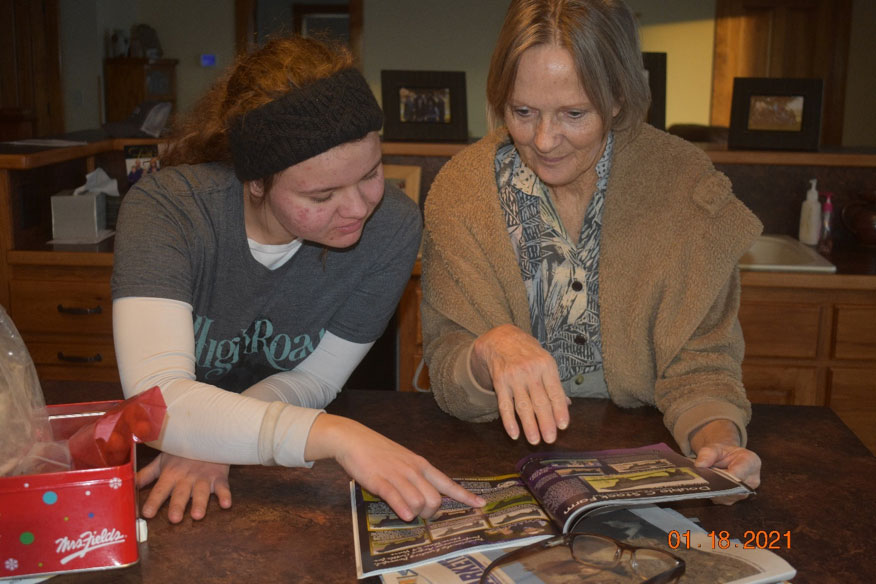 But I decided to look at the bright side, and tried to learn some things…  What we liked and disliked which angles were the best and all that good stuff. 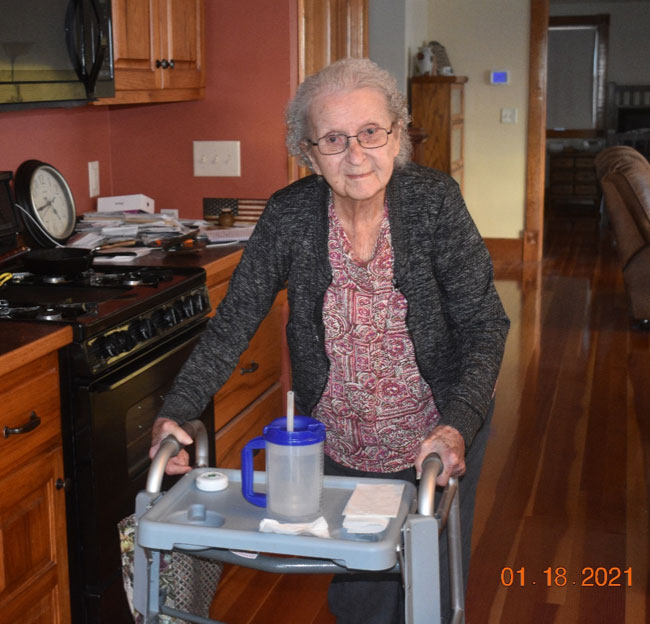 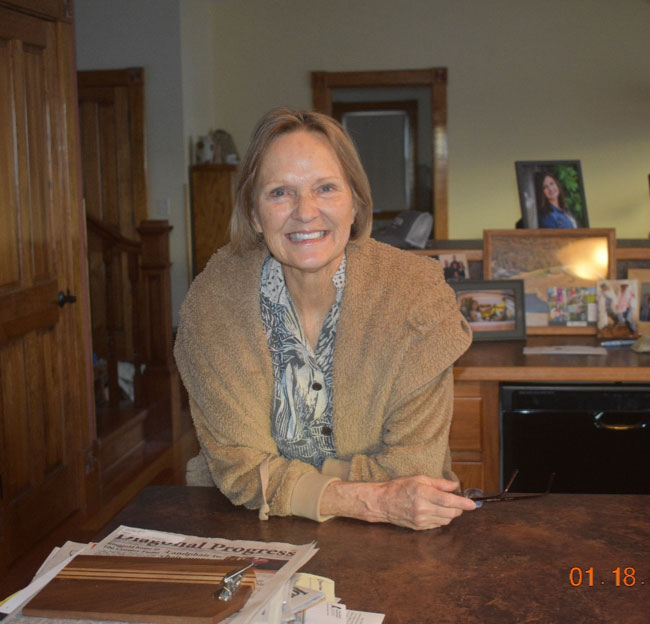 It is yet to be determined what kept Abby and I coming back.  The smiling faces or Grammy’s chocolate Wacky cake.  I must admit, the cake was pretty addicting.  As I’m writing it’s 5:19, about time for cake and cards.  Unfortunately, I don’t think I can find anything comparable to Grammy’s chocolate cake in the cafeteria here.  Oh, well.  We probably would have foundered on it anyway if we had full access. 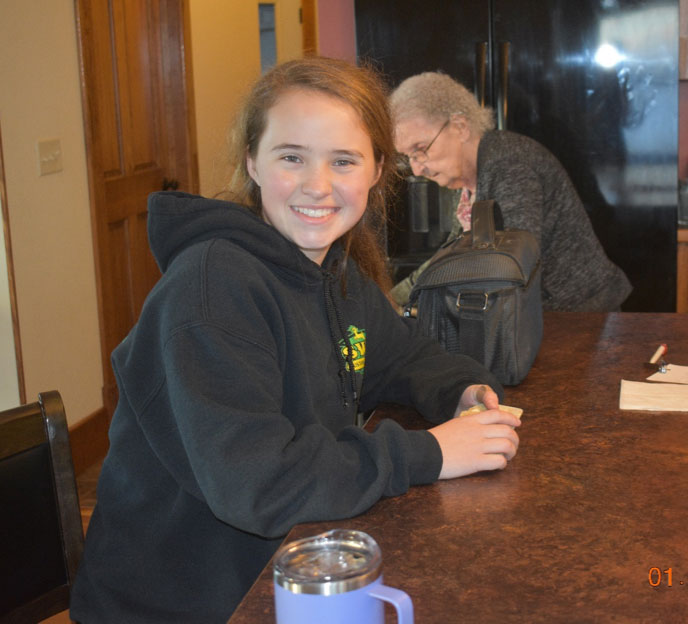 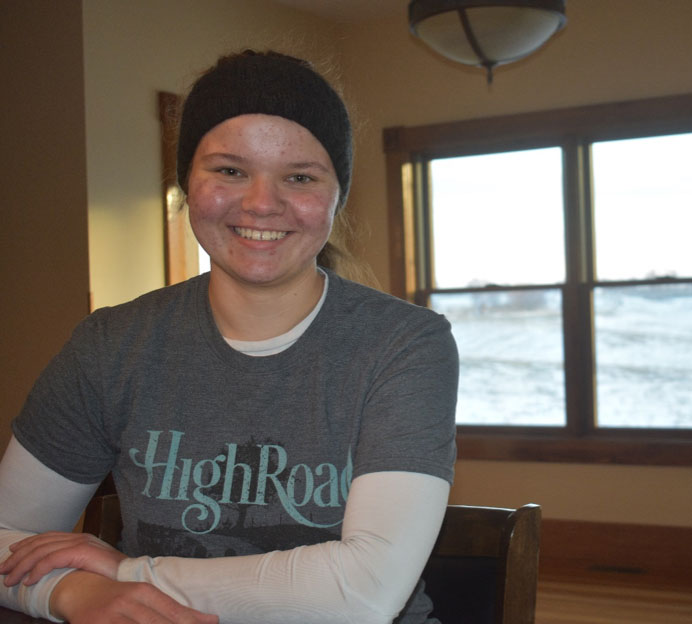 Abby and I had a blast!  And we always left with big smiles and feeling refreshed!

Stay warm out there!