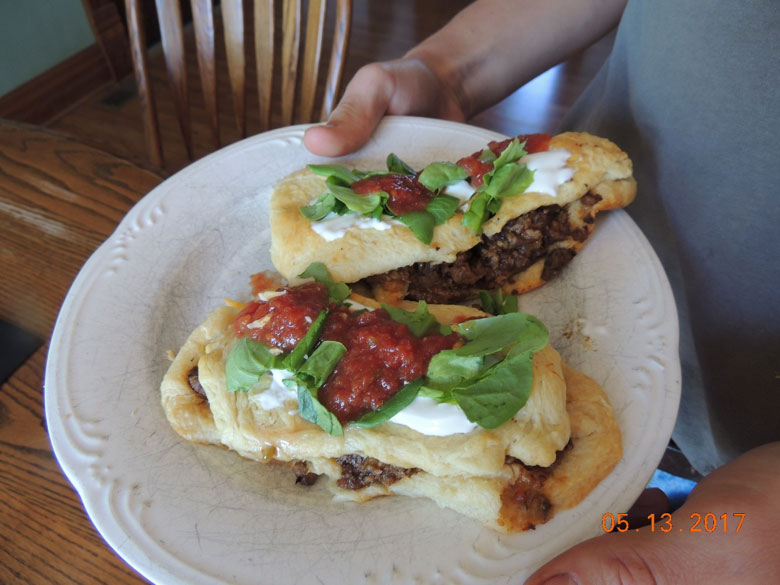 Rhett prepared Taco Triangles for us this weekend as part of an assignment for his FACS and they were superb! FACS stands for Family and Consumer Science (which was called Home Economics when I was in school.)

It was funny when he started taking this class, which is a requirement, because I thought he had a FACTS class. As in, they were studying “just the facts,” which I was kind of hoping they were doing in every class anyway, so I was a little concerned.

But when I questioned him on what he was learning in “FACTS” class, he informed me they had to learn to sew an apron and learn to cook. I quickly surmised I was a little off track on my initial assumption. So anyway, Rhett has learned how to cook several dishes…and he learned to sew! Both will come in very handy. And as his final assignment, he was to prepare a meal for the whole family and I was to grade it. And this weekend provided the perfect chance to complete his assignment.

I was actually working at the beef center while he was cooking, so most of the pictures are compliments of Abby. I arrived home just in time for the second package of crescent rolls to be opened. 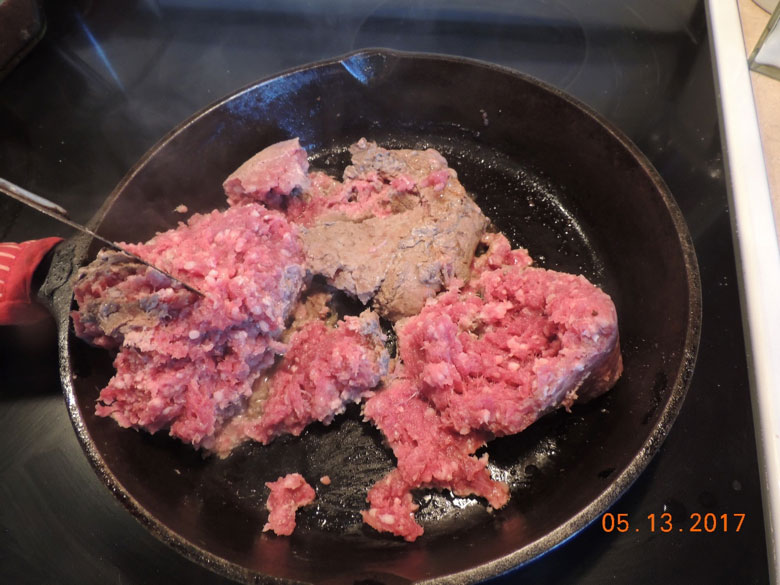 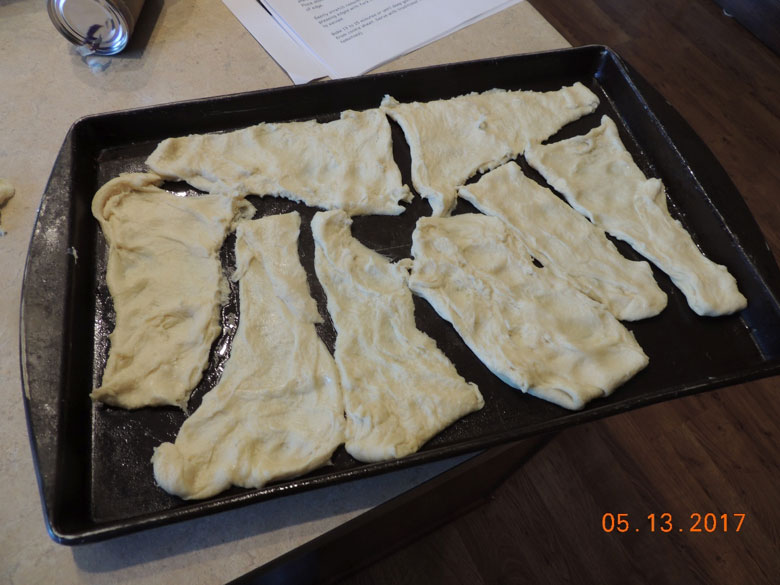 Then he unrolled the crescent rolls. 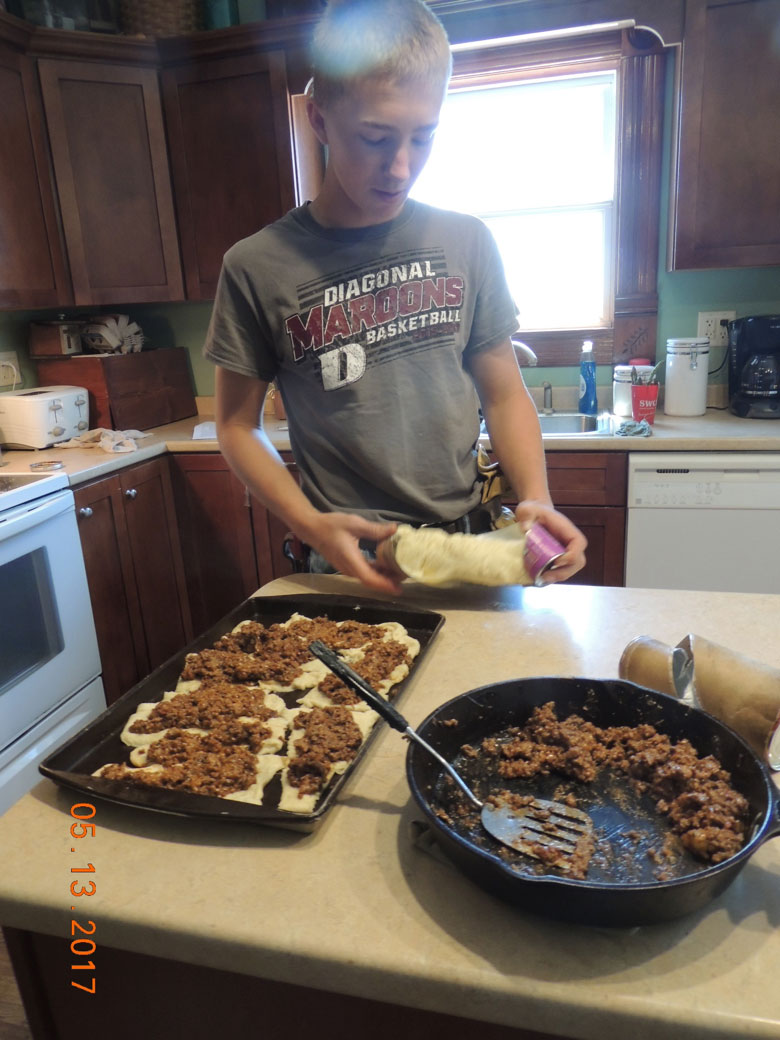 Next he spread the beef mixture on top. 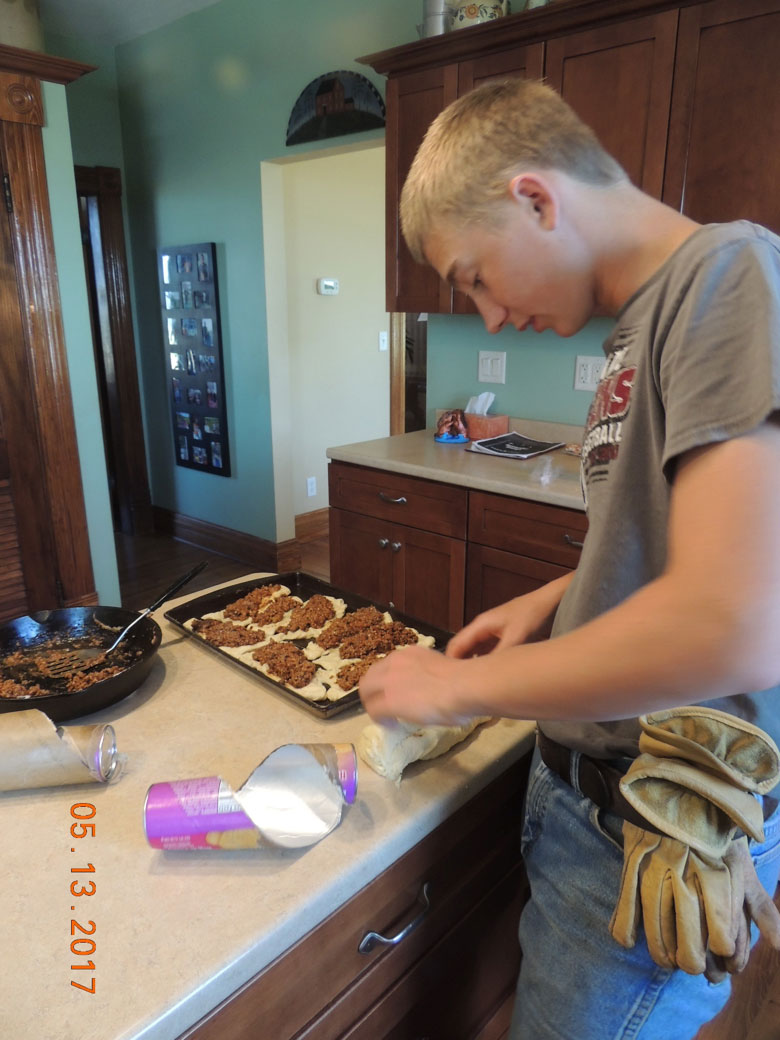 And as he unwrapped his second package of crescent rolls, he commented that these rolls were much more difficult to unwrap than the rolls at school. We decided that fresh crescent rolls likely worked better and made a mental note to buy new crescent rolls for our next recipe☺ 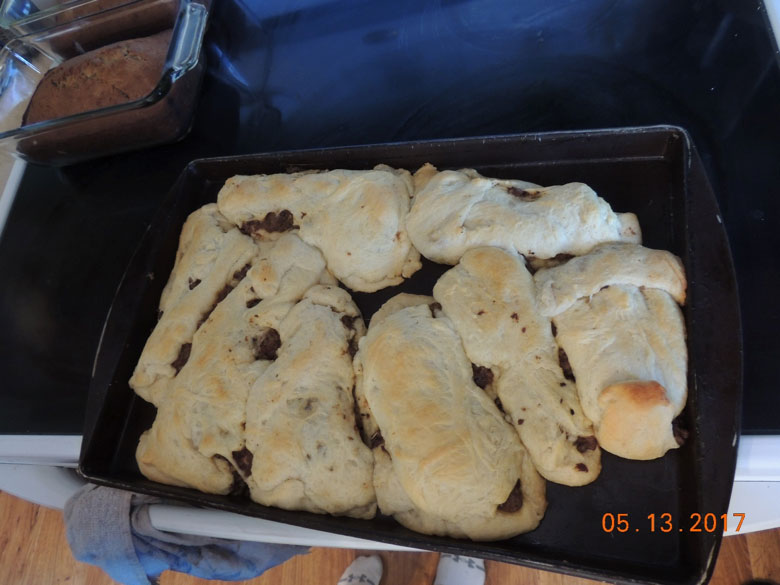 However, he salvaged the package and man-handled the rolls into place. He baked them in the oven and served them with lettuce, salsa, and sour cream. 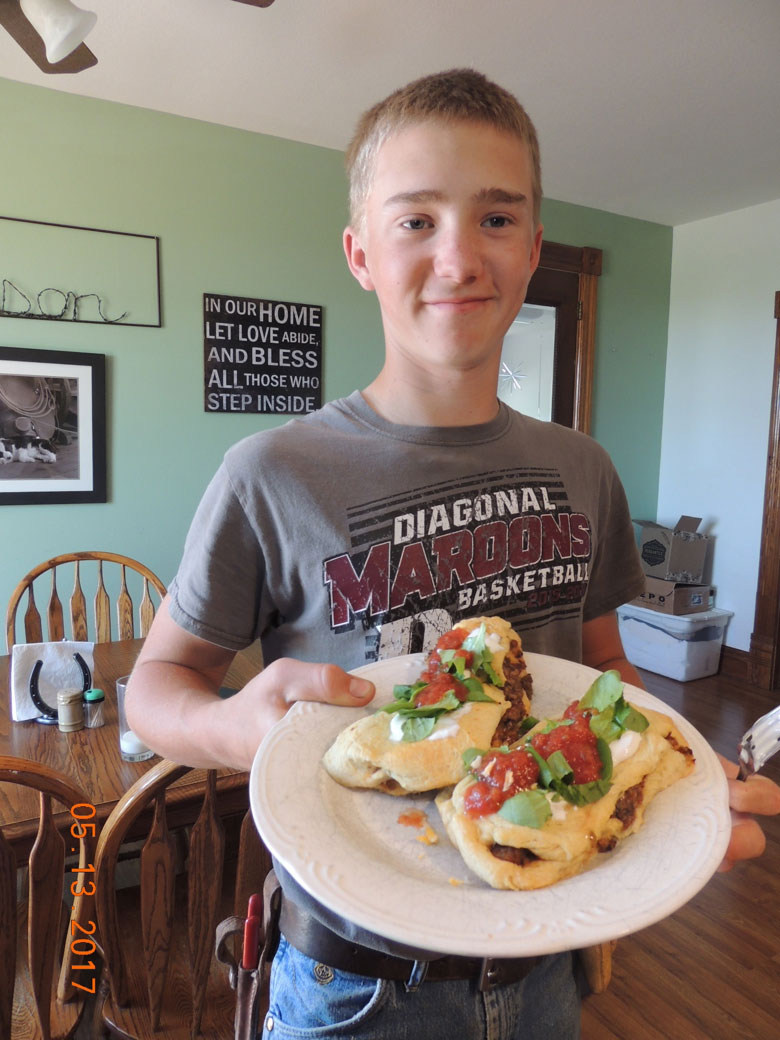 And they were delicious!

I personally loved this assignment. I thought Rhett did a great job preparing the meal and following the recipe. And I loved the fact that the recipe was quick and simple. I think we will have him make these again!

Here is the recipe.

Oh shoot. Never mind. I just realized Rhett took it back to school with him. Sorry! I’ll try to remember to post it tomorrow.

I hope this isn’t an indication of how the rest of my day is going to go! Lol.