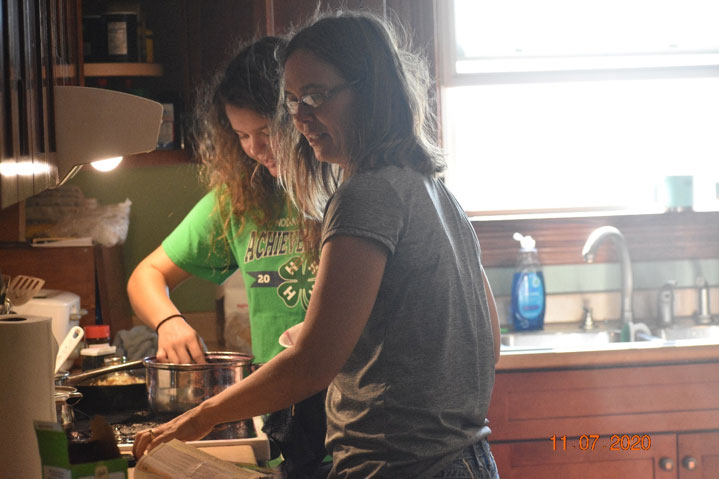 Two of our projects last Saturday were to re-can some jelly and to take the shoes off the horses. The reason we had to mess with the jelly was because when we made it the first time it didn’t set up. So, our pretty jelly was runny. Aunt Bon looks at the bright side though and doesn’t mind it because it spreads easier over crunchy peanut butter. However, since we really wanted to have some jelly that set up and we’d never tried the remake process we decided we should.

The recipe that comes with the sure gel tells you what to do if it doesn’t set up the first time. It made us feel better to know that we weren’t the only people with the problem. So, Aunt Bon and I started. 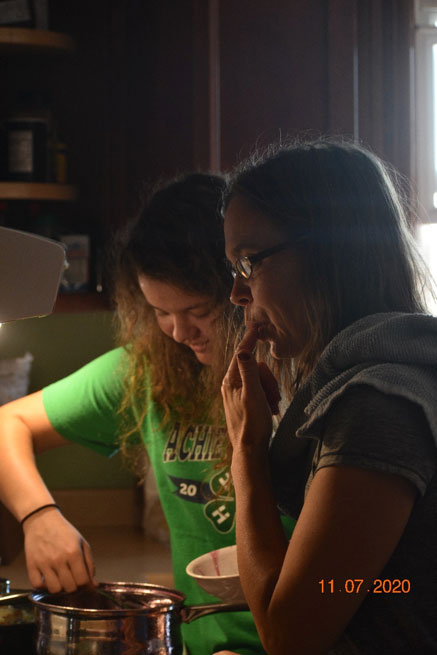 It was going wonderfully! We stirred it constantly like the box said and Aunt Bon checked to make sure it tasted good. 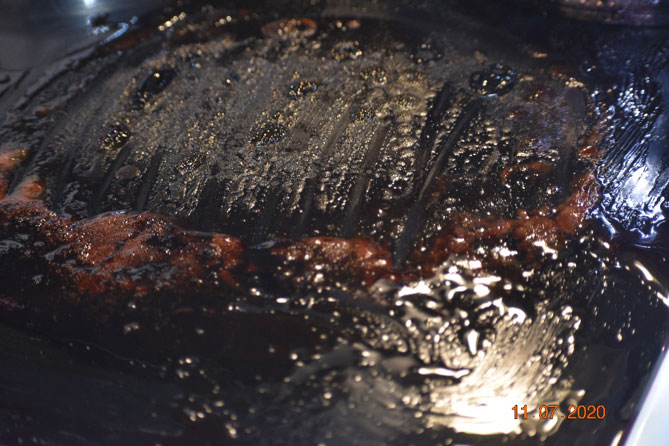 The first catastrophe. If you’ve made jelly before you’ve maybe been told to use a big pan, because when it starts to boil you don’t want this to happen… It boiled right over the sides of the pan and onto the stove. Oh, it was a disaster. Now Aunt Bon and I both knew what could happen, and Aunt Bon remembers making jelly with Grandma Marjorie and getting specific instructions to use a big pan. But, we had to learn for ourselves. Grandma Marjorie was probably getting a good laugh up in Heaven. 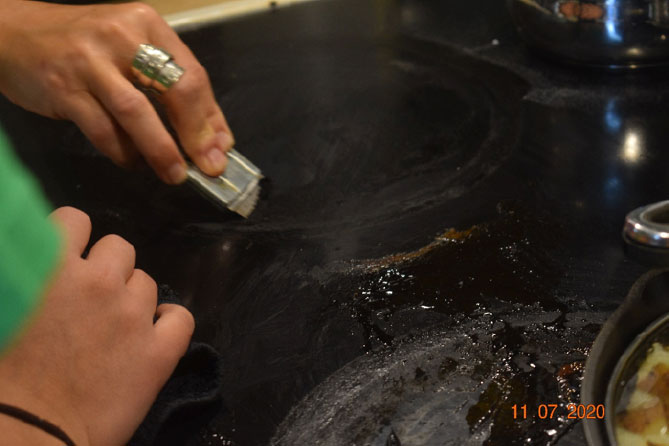 We got the stove cleaned up and our pretty jelly made, though. 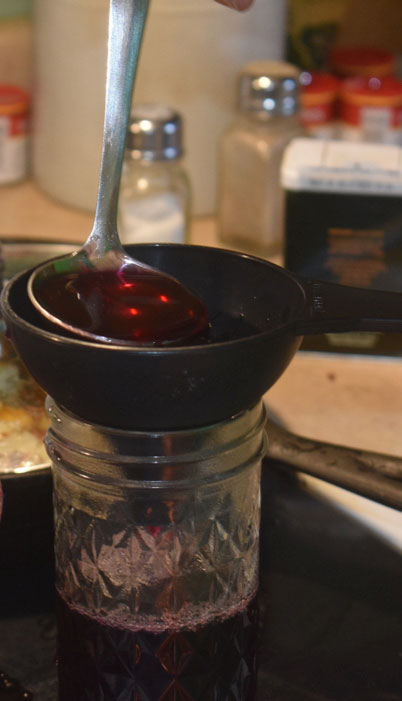 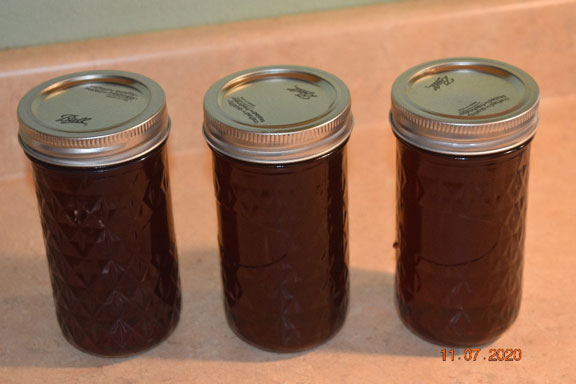 So pretty. The only problem is that you haven’t heard the worst of it yet. I just can’t get over this part of the story. It’s not even funny…

Later that night Aunt Bon, Abby, and I were sitting around talking. The conversation led to our jelly making. After 10 hours we were no longer very confident that our jelly was even going to set up this time. We talked about how many cups of jelly we had… Aunt Bon and I started figuring. Only our figures didn’t match up. It was then that my face dropped. I knew exactly what had happened. In a round about way I misjudged the size of the jars they were first in. So, I thought we had half as many cups of jelly as we really did. So, only half of the sure gel that the recipe called for went in. We had a rough go at it, but we both learned–1. To use a bigger pan, and 2. How many cups are actually in a jar. There’s always next year. 😊 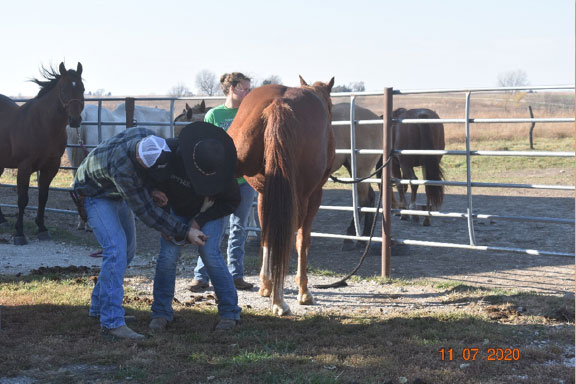 We also figured out how to take the horses’ shoes off. 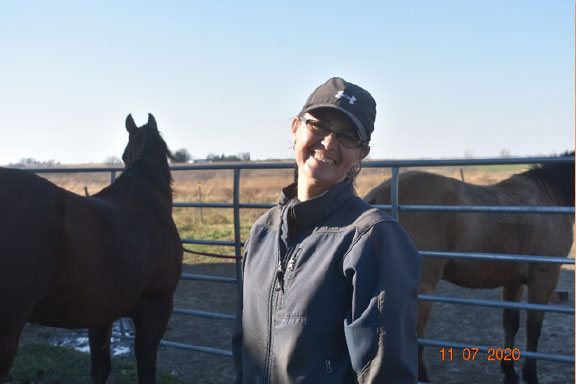 Aunt Bon already knew how to do this, but was ready to pass it down to the next generation. 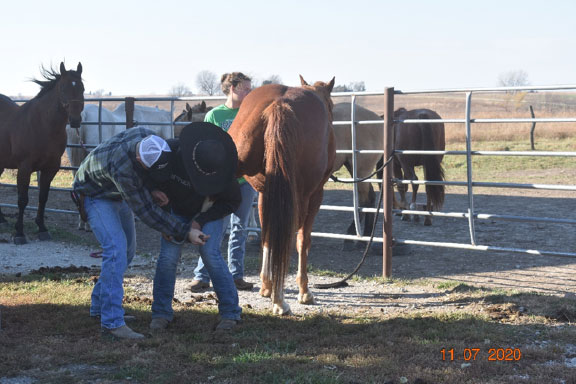 The boys did a good job, and by the last shoe we felt like pros! We’d learned a few tricks and cut our time way down!

So, like the title says, we learned a lot!   Not from a classroom, but from hands on experience. Trial and error is the best teacher.  Funny how much you learn when you aren’t even trying. 😊

Have a good day and don’t forget to never stop learning!