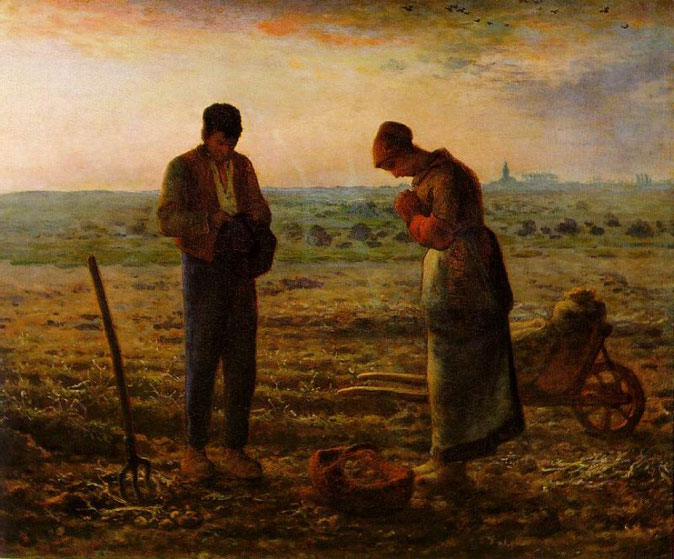 Okay. I wasn’t actually going to tell you about this, but it is just so cold and windy out today, I can’t make myself go outside and take a picture of something going on around the ranch, so I’m just going to embarrass myself. Which is nothing unusual, unfortunately. Plus, maybe this will help some of you if you are ever in this situation.

This all happened a couple weeks ago, actually, when Will and I were in eastern Iowa scanning. We were at a new place, which is always fun, and we were working over the lunch hour. Well, the wife of the operation brought us out a delicious lunch and the owner suggested we pray before eating. This was a completely normal occurrence as we pray before meals, and most producers I work with pray before eating. But I was a little surprised when he suggested we have a silent prayer before we ate.

Now that was new to me. But, you know, I’ve been at many events where we have a moment of silence for whatever reason and I assumed this would be much like that. And I was rather eager to get to say my own prayer silently as we had left our sweet children home alone for several nights and there was an ice storm predicted to hit and I was worried about them.

So, we all bowed our heads to offer up prayers. Now, let me also preface this with the fact that we try to teach our kids that during prayer, you need to close your eyes to block out distractions, bow your head, and fold your hands. So that is how I was standing. My eyes were glued shut. I thought it would be very disrespectful if I opened my eyes and gawked at everyone else while they were praying.

Like I said, I had plenty to pray about. So, I thanked God for allowing us the opportunity to work with such great people, I thanked Him for our safe travels, I asked His protection on our kids, I asked for healing for my mother-in-law, I was really getting wound up with the whole thing. Then, I ran out of things to prayer for.

But, alas, I had not heard the signal that the prayer was over, so I kept my eyes shut and started praying for whatever came to mind. I did think it was a rather long moment of silence, but I wasn’t about to be the first one to open my eyes and end it.

So I continued to pray for a bit longer, when all of a sudden, I heard my sweet husband clear his throat in a not-so-nonchalant manner. Almost as if he was trying to get someone’s attention. So I dared open my eyes to see what was the matter. What I saw were seven pairs of eyes staring intently at me waiting for me to finish my (long) silent prayer so we could all eat.

I was only slightly embarrassed. Oh, who am I kidding. I was horrified. But my gracious hosts went on as if nothing was amiss, so I discreetly asked Will if it had been a little awkward. He said, “Oh, you blew past awkward minutes ago.”

The next time a producer suggests we have a silent prayer before eating, I’m all in, because I really did enjoy getting to pray, but I’m going to do it with one eye open next time!