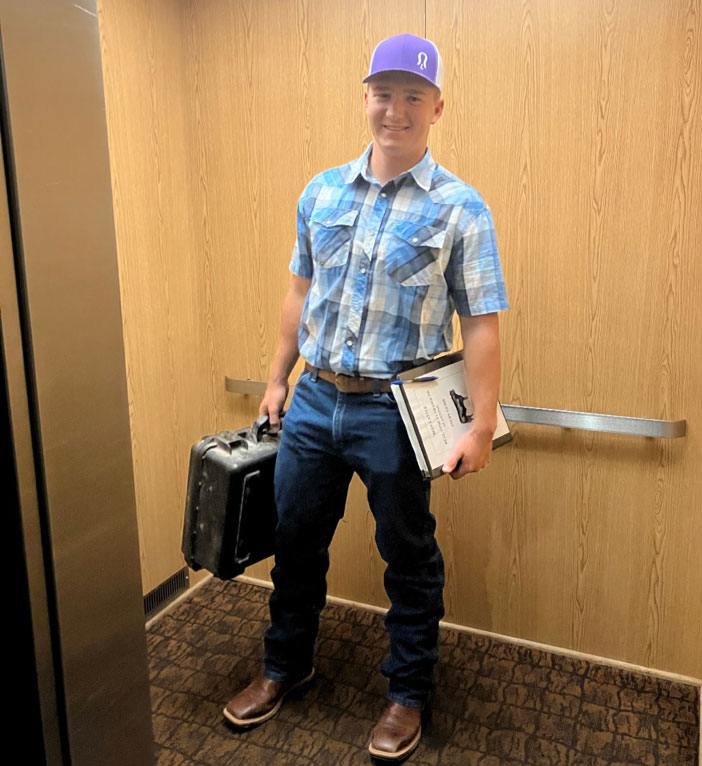 Last weekend was the UGC Field Certification in Canyon, Texas (about 20 minutes south of Amarillo, pan handle of TX).  Anyway, this was Rhett’s first year of going through certification.  While I had just been last year, I decided why not take a road trip to Texas!  Mom and Dad were going to be there as well, so I’d get to see them too.  Rhett was nice enough to let me tag along, and I’m happy to report after spending over 16 hours in the car together we are still on speaking terms.    I heard more about dear hunting during our trip than I think I’d ever heard.  He’d listen to hunting shows/podcasts at night in the motel, in the morning before certification, and of course during our 8-hour road trip.  We saw lots of sorghum fields across Kansas, as well as some very pretty, wide-open country.

Friday morning came and it was show time!  We loaded up and drove the 2-minute drive to campus.  I should also mention that certification was hosted by West Texas A&M.  So, before certification started that afternoon, we did some exploring in the ag buildings.

Rhett and I were blown away!  They redid these buildings in 2018 and they are super nice!  This is a student lounge area.

The architecture was really impressive. 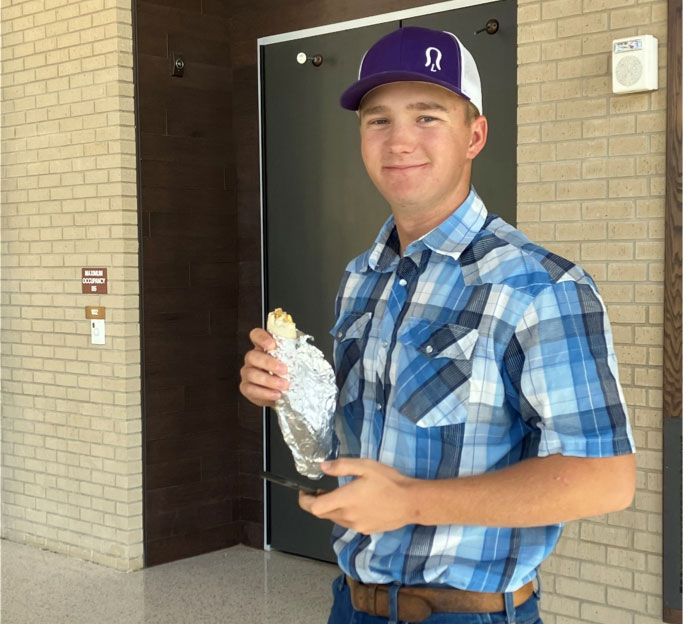 As we were walking by a food stand a girl asked Rhett if he wanted a free breakfast burrito.  And anyone who knows Rhett knows that he does not turn down food. 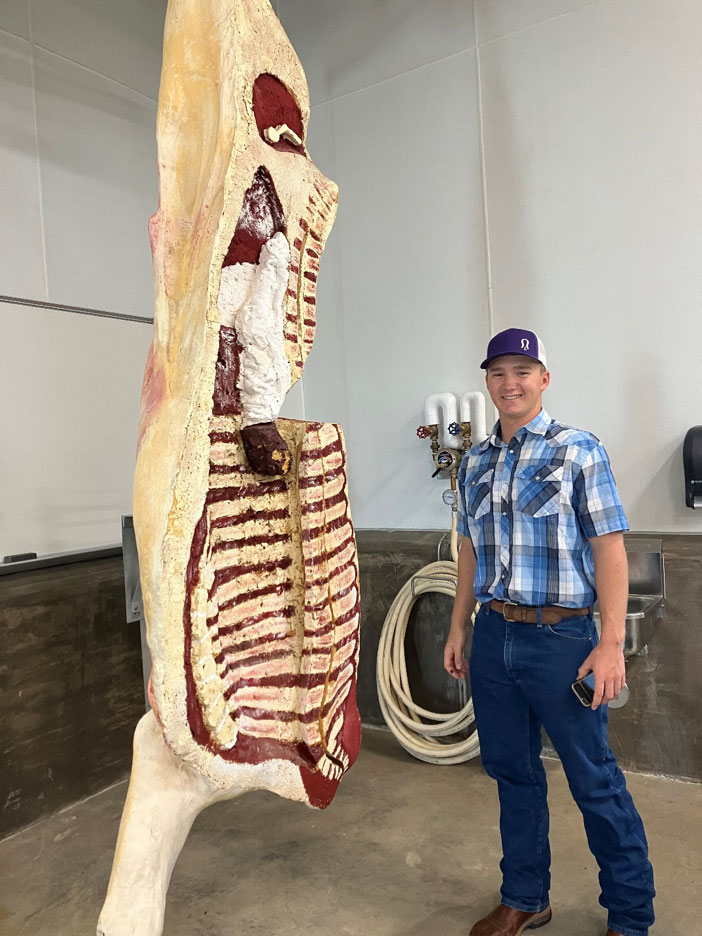 We also thought this was an exciting find in one of the classrooms.  Yes, we were just wandering, but nobody seemed to care. 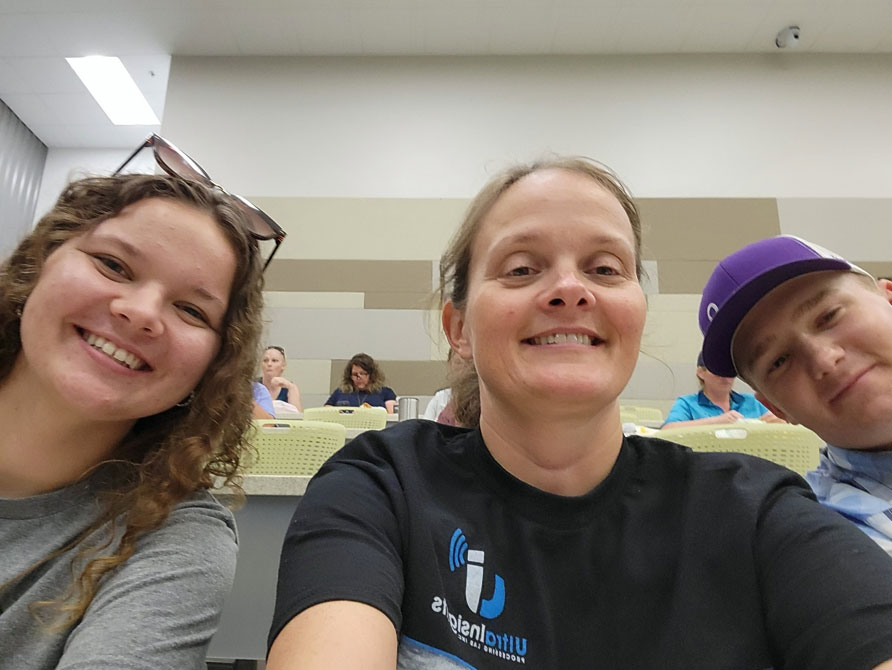 After our self-guided tour, we met back up with Mom and went to the educational program.  Rhett and I were in the room first and so we were sitting next to each other.  When Mom came, she stood behind us and visited for a while.  Then we ask her if she like wants a chair or something.  There were several around.  She replied, “Well, I really just want to sit by both of you guys.”  So, Rhett quickly moved over, and Mom got her wish.  I got a laugh out of her simple request! 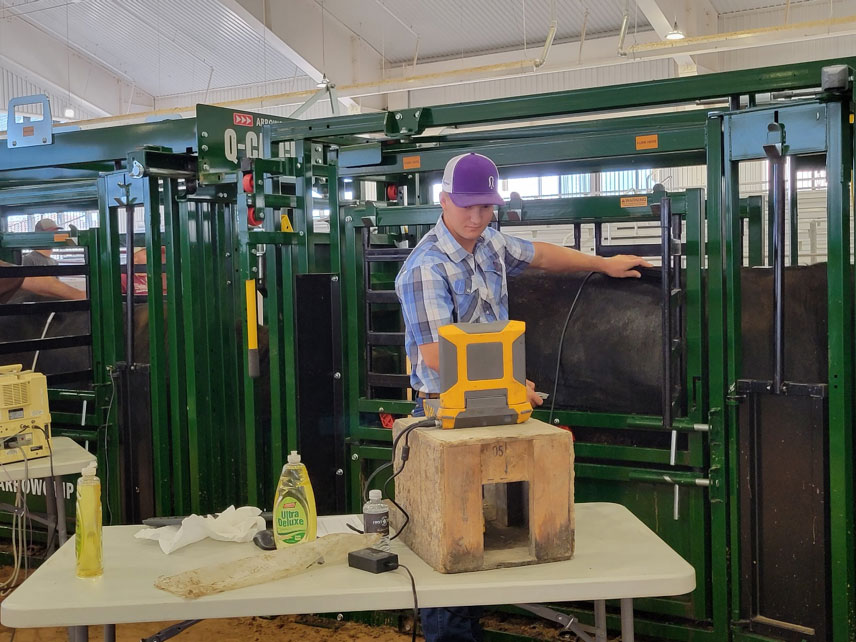 Rhett had some hard cattle to scan, but hopefully he remembered everything he’s been taught over the last 19 years!  😊

There were lots of college students that were running the chutes.  You can’t really see it from this picture, but they had 15 chutes lined up for all the technicians to scan at.  A lot of the kids hadn’t seen ultrasound before, and they were super interested in it.  Dad was having a hay-day here as he got to answer questions and demonstrate ultrasound.

After certification Mom and Dad headed out, and Rhett and I decided to visit the Pala Duro canyon close to Canyon, TX.  😊  We had a fun trip and it was good to see family and visit with ultrasound technicians from across the country!