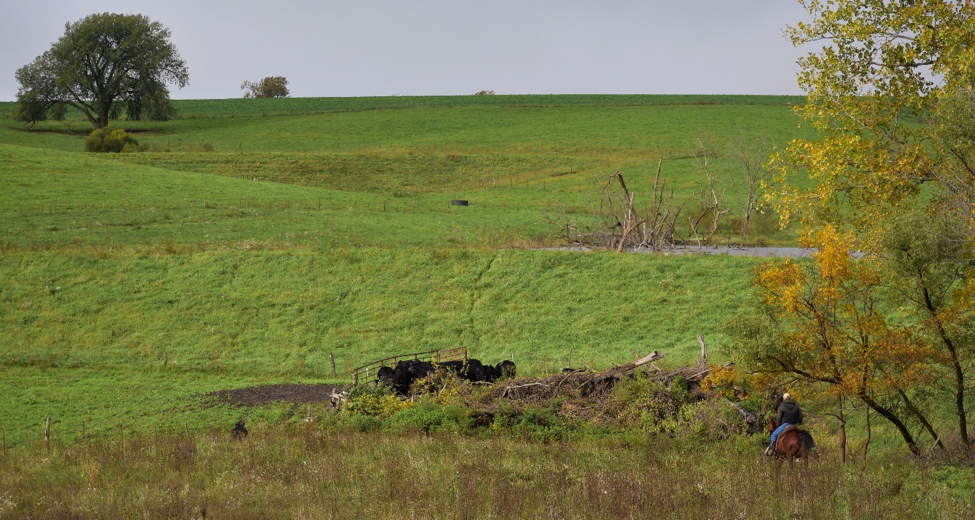 Will and I worked a group of our heifers yesterday. 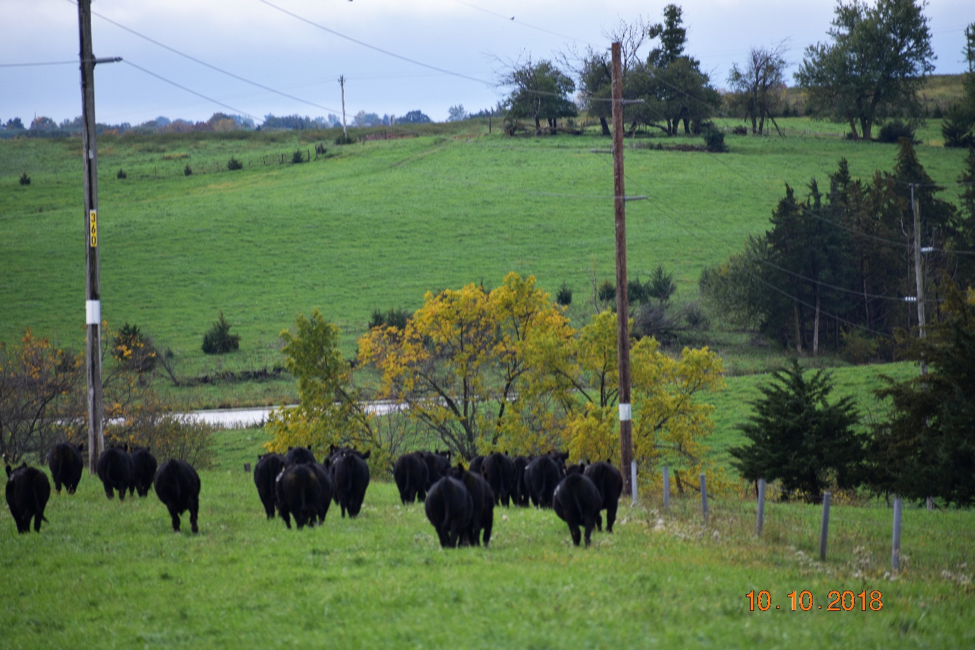 It’s not very often it’s just Will and me moving cows. We usually have at least one of the kids with us, or nieces or nephews, or Grampy, or someone else, but yesterday, it was just me and my sweetie. 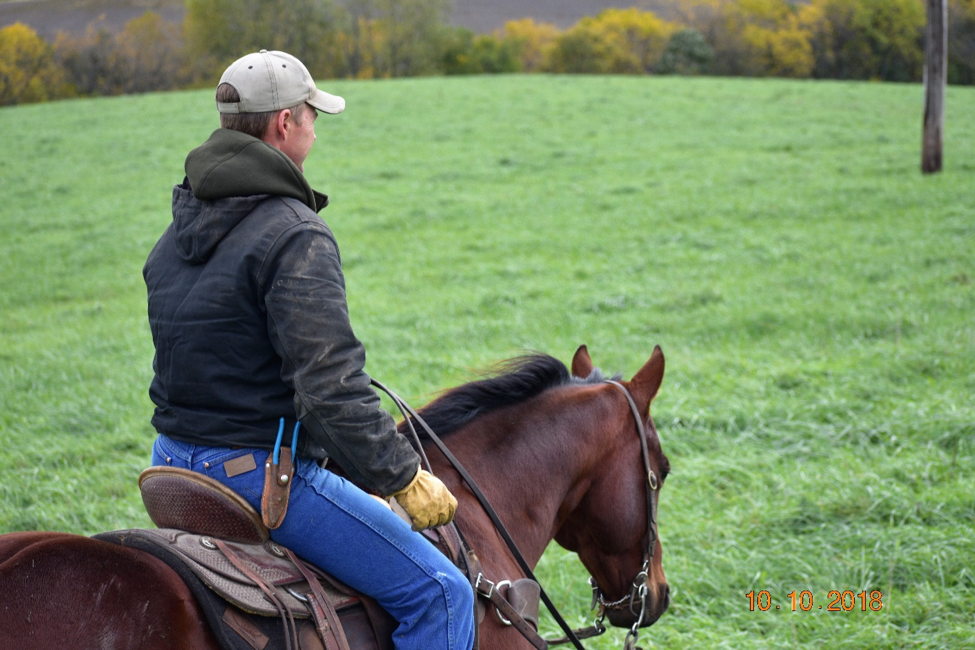 Anyway, I was trying to think of the last time just Will and I moved cattle, and I remembered one of the scariest moments of my life.
It was several years ago, and Will and his brothers had just purchased some bred heifers out of Nebraska. They were a nice set of heifers. We kept them in a pasture at Lewis and Martha’s and calved them out there.

It was probably the end of March and most of the heifers had calved and we were moving them from one pasture to another. Basically, all we had to do was move them through one gate. Simple. Will had been tagging calves all morning, so he had his horse ready. When it came time to move the heifers, he asked if I could help and if I wanted a horse. I debated, but we only had to move the cows 200 yards. I decided I didn’t need a horse. WRONG DECISION!

Everything went well at first. The heifers were gathering nicely, and we just about had them grouped up to move.

Anyway, Will rode over the pond dam to get some heifers while I worked on pushing a couple more towards the group. I saw a new momma with her baby. I was not afraid. I had a stick in my hand. That would protect me. I walked up to the heifer with authority. She stood her ground. In fact, she faced up and stood her ground. No worries. I’d seen this bluff plenty of times. I wasn’t afraid. I marched closer. She narrowed her eyes. (Okay, I don’t know if she really did, but it sure seemed like it.) “One more step and she’ll turn,” I thought.

One more step and that momma came at me like a freight train on wheels.

Oh. Crap. I was NOT expecting that. But you’ll be proud to know that my cat-like reflexes kicked in and I leaped over that cow like a deer over a fence. You should have seen it. It was a truly a work of athleticism and acrobatic ability. What, you don’t believe me? You don’t think I could do that? Oh.

Well, you are right. I did not jump over that heifer. I do not have cat-like reflexes. I stood there like a scarecrow too dumbfounded to move. Imagine the dummy the rodeo clown props up on a broom during the bull riding. That was me.

The cow closed the gap in a fraction of a second and I was about to be toast.

At the last second, I reached out my hands, screamed at the top of my lungs, and braced for the impact. I thought I was going to die.