The girls thought it would be a good idea to sleep outside one night last week. The weather was unseasonably warm and the night was clear, so I said go for it.

The girls were prepared. They had their Bible. 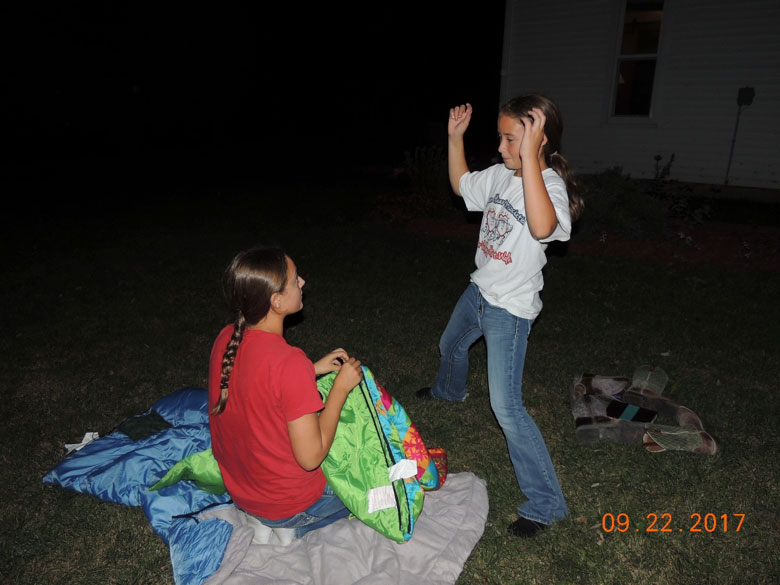 And their sleeping bags, and each other, and they were set. 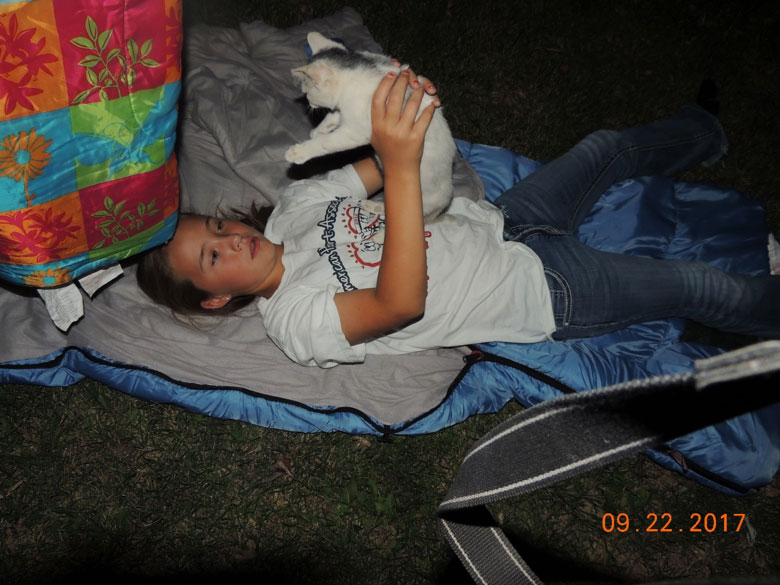 Plus, they had their cat…

And their dog, so what could possibly go wrong? 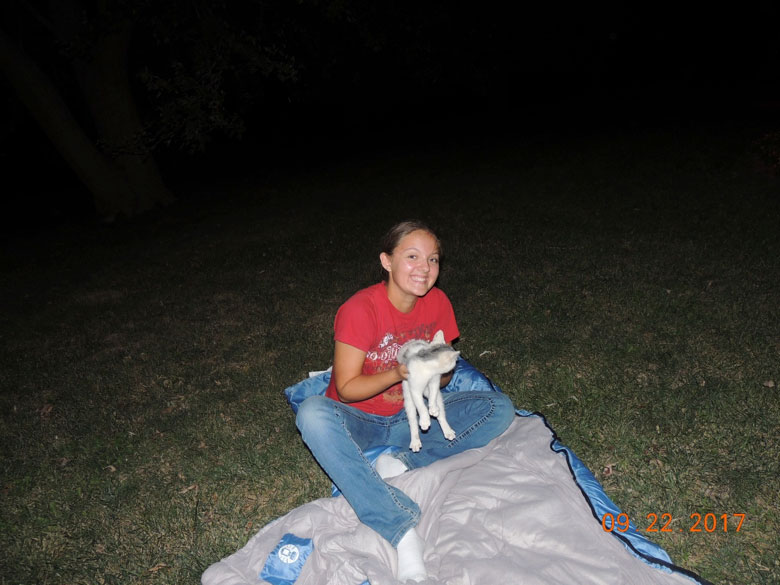 Except, did you know my sweet niece doesn’t like cats? It’s true. I thought for sure that would be a deal-breaker on the whole sleeping outside thing, but this brave girl persevered. 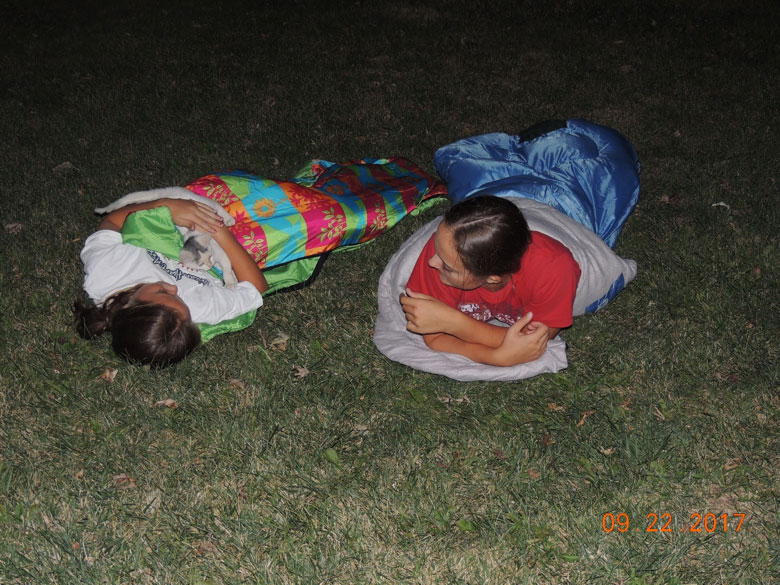 All went well for the first couple hours. There was a lot of giggling and talking. Then one lovely lady fell asleep while the other kept watch. And that’s when it happened.

Suddenly, the camp was invaded. Two beady, evil eyes headed towards the girls. What could this monster be?! My niece sat up quickly to study the situation. This startled the would-be attacker. He was not ready for a confrontation. He was not expecting any resistance to his attack. But he didn’t know who he was up against. The attacker took cover up the nearest tree.

Was it a cougar? A bear not seen in these parts for centuries? A rabid raccoon?

My niece awoke my daughter which woke Kelly, their trusty guard dog, who started barking at the attacker which scared the girls even more which caused them to seriously question their desire to sleep outside.

Upon further investigation, they found their enemy in the tree was actually just a friendly opossum, but by then, their enthusiasm to sleep outside had dwindled to negative 2000, so they spent the night in the safety of their bedroom. But they had a good time nonetheless.