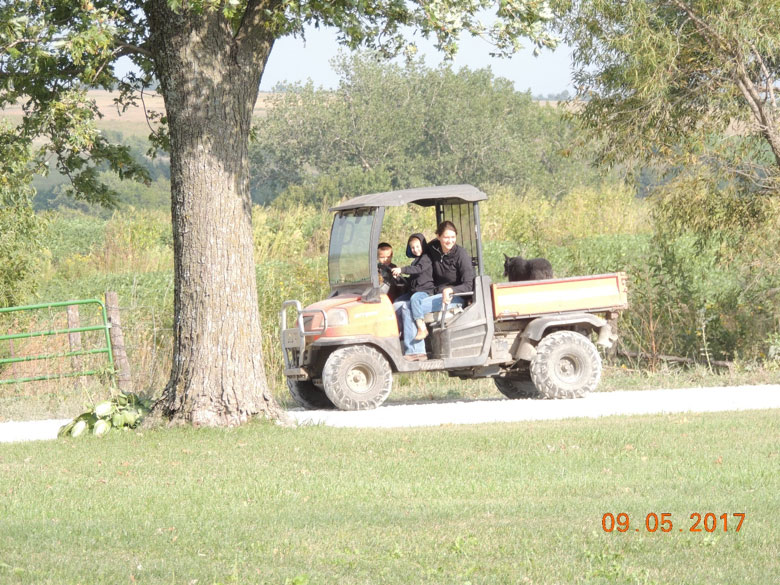 We moved several groups of cows a couple days ago. And these guys were an integral part of the operation. 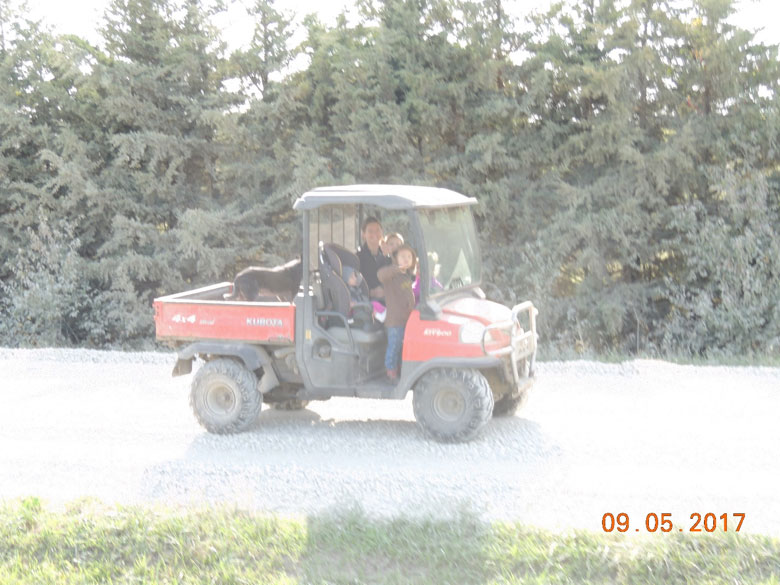 And this would have been a better picture of the whole crew, but I was trotting by on my horse and I’ll be darned if the picture didn’t turn out blurry. I hate when that happens!

But you can imagine the smiling faces of four young whippersnappers and their proud mama. (Plus Kelly, who hitched a ride in the back. She’s getting old, and a cow had just chased her to Kingdom Come and back so she was all too happy to catch a ride.) 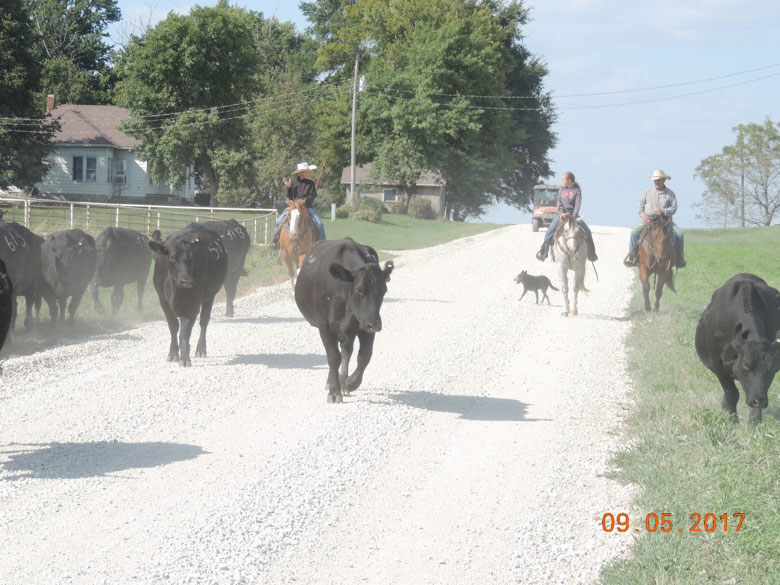 Anyway, we started out at the home place and moved a group of cows south a couple miles. The Kubota Crew just followed along on this drive. So did Kelly. She hadn’t been the subject of attack yet. Not that I can blame the cow. She was 9 months pregnant and the last thing she wanted messing with her was a coyote-looking creature. 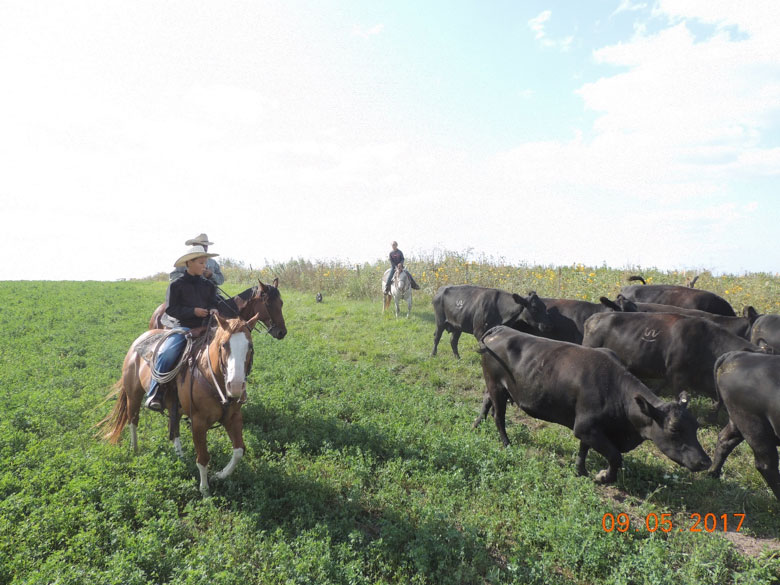 So we dropped the first group of cows off in their new pasture and headed to the next. 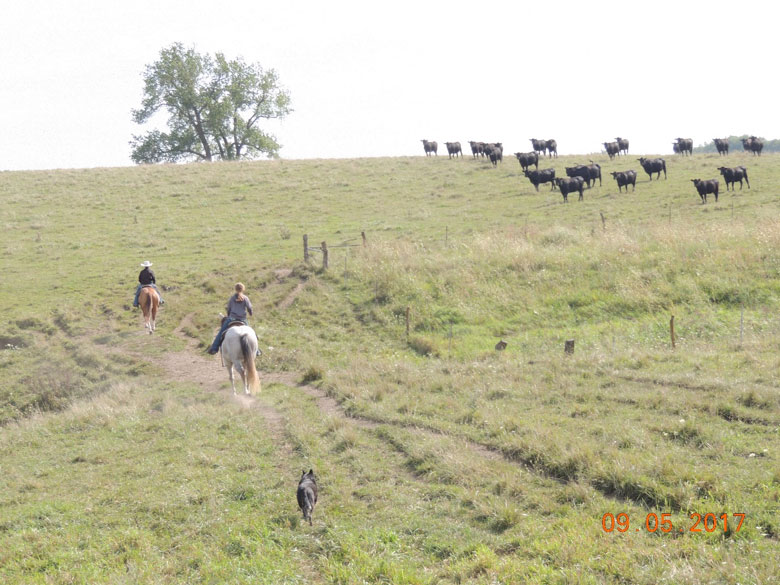 The Kubota Crew parked at the gate while the riders swept the pasture to gather the cows.

And it made my heart sing when I heard, coming from the Kubota, a little 5-year-old voice calling the cows. He was perfect. Calling cows is one thing I am quite terrible at, mostly because I think it is the most embarrasing sound a human can make. Well…minus calling pigs.

But anyway, when I heard my nephew call the cows like a pro, I had to smile. 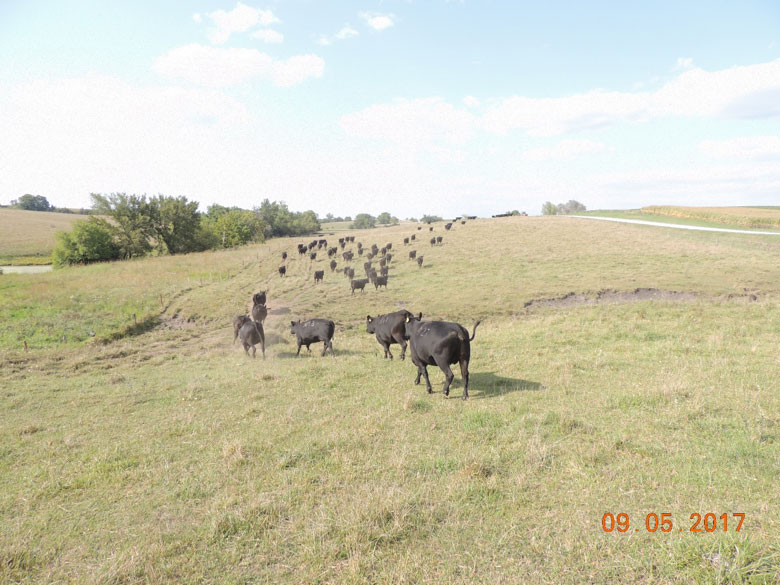 And the cows were impressed, too, as they heard the call and marched dutifully up the hill. 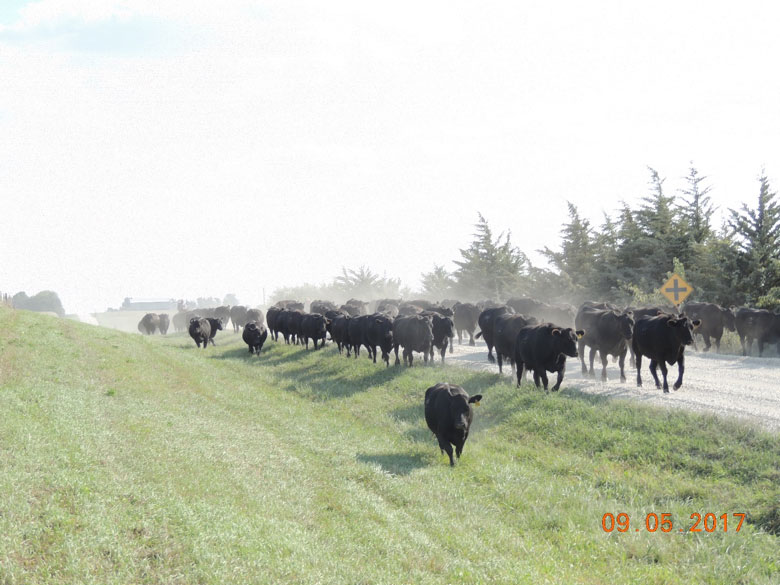 Then the little cow-caller lead the beautiful bovines back to headquarters. Which was a good thing, because Matt and I had to abort the whole mission as we were nearly late for football practice. But we made it, and the cows made it! Whew! I love it when a plan comes together.