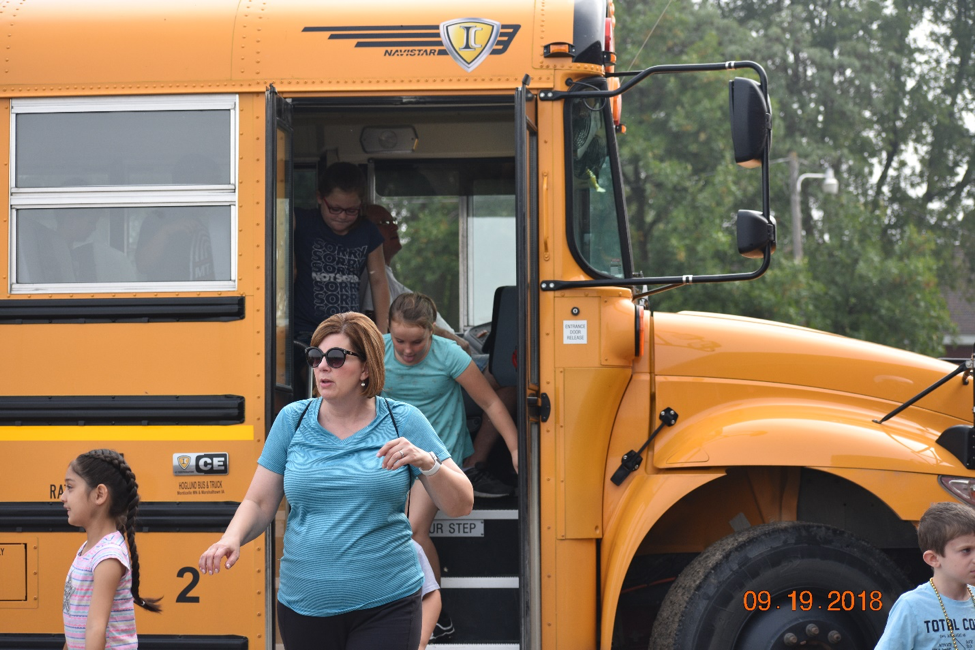 We had a group of second graders come tour our farm yesterday. What an awesome group of kids!
The tour was sponsored by Mount Ayr FFA and Ringgold County Farm Bureau. 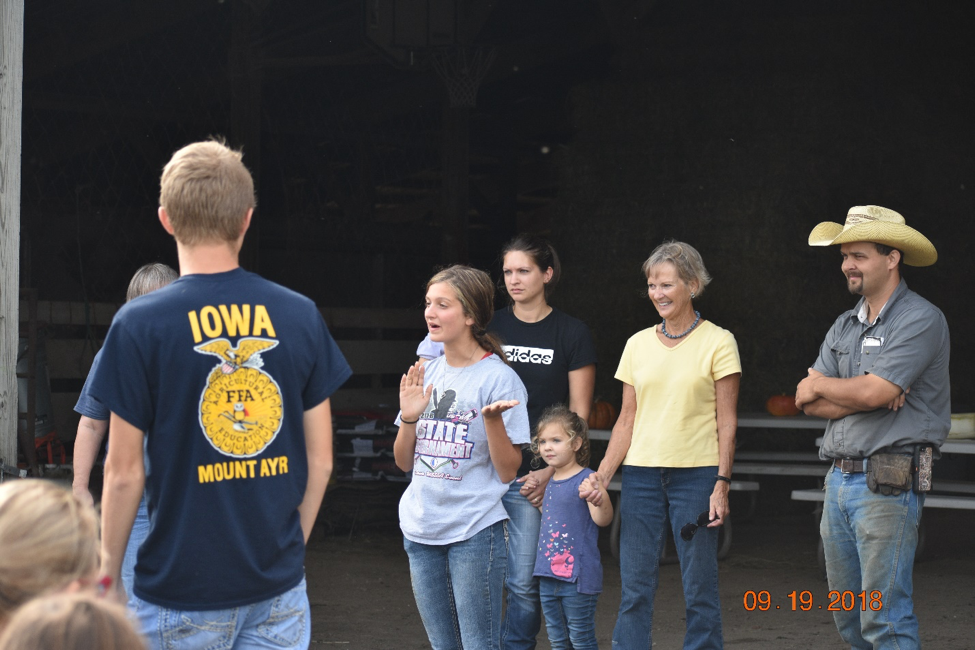 Ashtyn welcomed everyone, and then we split the kids into four groups. In Clint’s station, he gave a demonstration on how we process our baby calves. He showed them how we weigh, vaccinate, and tag them. He also showed them how we care for and use our horses around the ranch. 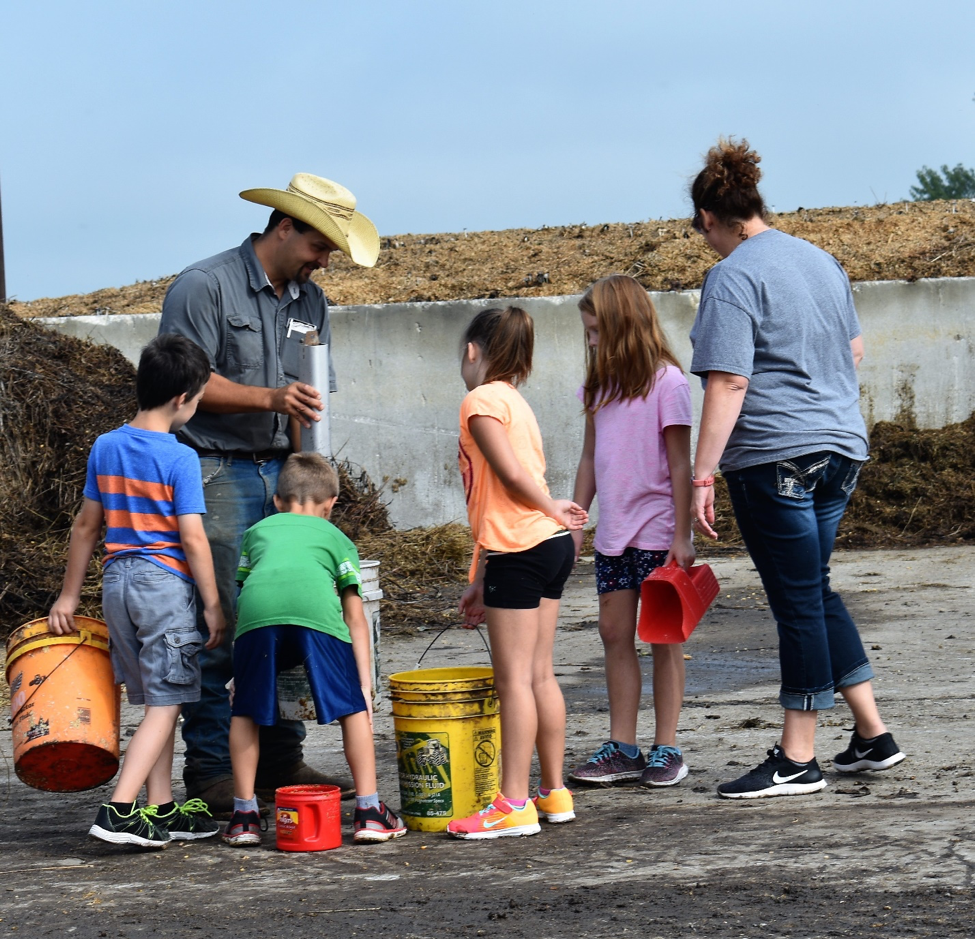 Next, Joe showed the kids how we mix a ration. He had them collect and weigh the various ingredients… When they had the correct amount, they dumped it into the “mixer wagon” (a.k.a the lick tub) until the ration was complete. 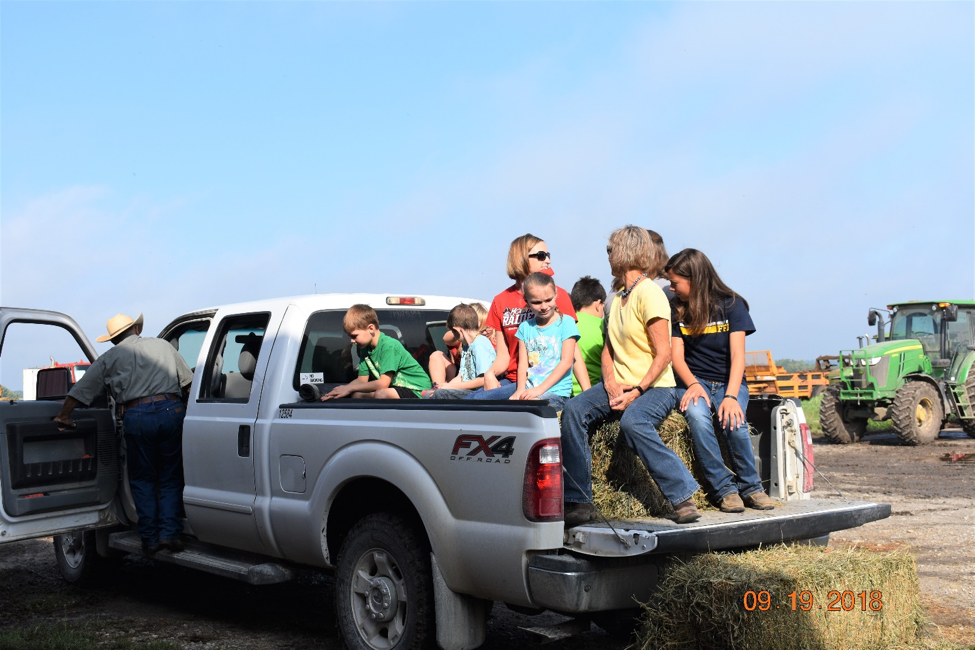 After that, Mom and Dad took the kids on a pasture tour.
Mom really got a kick out of some of the kids answers to her questions. They drove by a group of 130 heifers and Mom asked how many head they thought were in the group…the answers varied from anywhere between 20 to 35,000. The fourth session for the day was the chute area. I explained to the kids how we vaccinate, brand, tattoo, weigh, hip height, ultrasound, etc. the cattle.
Then the kids got to pretend they were a calf and they went through the alley and the chute. They were pretty concerned that I was going to catch them in the chute. Which may have had something to do with the fact that I told them about the time I accidentally caught Will in it. Oops! But I reassured them the chute was not on while they were in it.
I also asked the kids how much they thought a one-year-old bull would weigh, and the highest guess I got was 300 pounds. It amazed them when I asked the entire group to stand on the scales and even with all of them on there, they didn’t weigh as much as a bull. 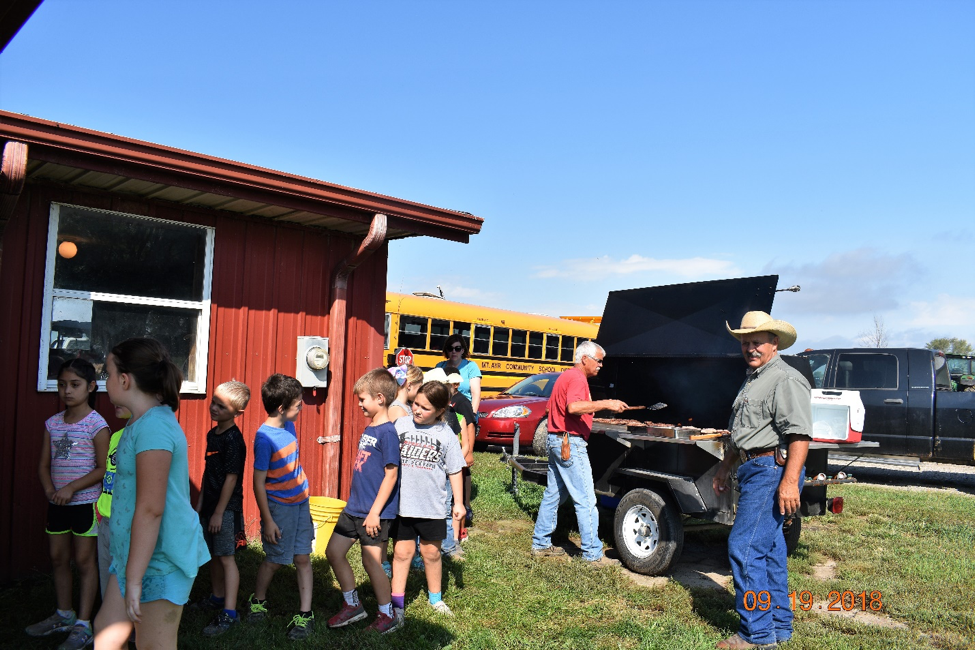 After the tour, Farm Bureau cooked a delicious lunch,

Which the kids enjoyed. But the favorite critter of the day may have been Twinkie. The kids loved her.
It was just a great day and a fun time to share with the kids. And a special thanks to these guys for all their hard work in organizing and helping with the event. We couldn’t have done it without you!
Thanks also to the teachers and students. You guys were amazing!