Aunt Bon had mentioned Dad, Mom, Jessica, Cody, and I being in Texas during Jessica’s birthday. So I thought I could give everyone a recap of our trip! After we got the bulls loaded up we pulled out of the driveway at 10:00 P.M. You see Dad had been in Colorado and didn’t get back until 8:30 that night. Otherwise we would have left earlier. The reason we left at 10 P.M instead of waiting until the next morning is we had to be at the ranch at 7:30 or so the next morning. So we would be rolling down the road all night!

Dad drove most of the time, but Mom did take over from 1-4 A.M. We kids slept a lot of the night, but would wake up every now and then when we stopped to get fuel. At 6:45 A.M we ate some Texas doughnuts for breakfast. They were delicious! We pulled into the ranch at 7:45. Hopped out and hustled in. There were some meetings that day. Then we put smiles on our faces and …. Thankfully we hadn’t missed anything. We got the bulls unloaded and listened to Dr. Tom Noffsinger. He gives talks and demonstrations on cattle handling. 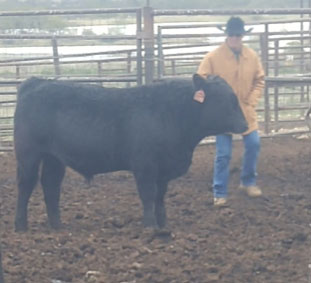 Here Dr. Tom is working with a bull. It was really good to see Dr. Tom again! We hadn’t seen him for a long time!

The next day was all meetings then we would start back home. There was this little boy that was 5 years old. He was playing with his toys before the meetings started for the day. He was flying his planes and came over to our table. I oooed and awed over his plane. Then he asked if I wanted to go play with his toys. I said sure. His mom told me that he ran over to her and said that he found a best friend. It was so sweet. So I crawled around on the cold concrete floor with him driving the wagon while he ran the combine. I weaved in and out of people trying not to get in there way. When the meetings started we went over to the house and played. His sister joined us after a while too. It was fun, and their mom got to listen to the meetings! 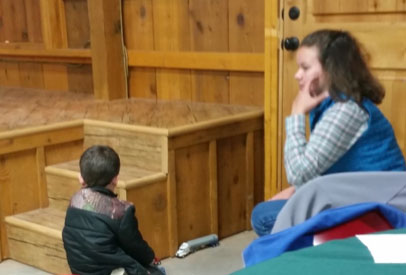 After the meetings were over some people left and some stayed and visited. Dad and Mom stayed inside and visited. Jessica, Cody and I played outside. It was really nice weather that day. We were able to take our jackets off, but we were running around the whole time. Getting some energy out before we got back in the truck, you know. 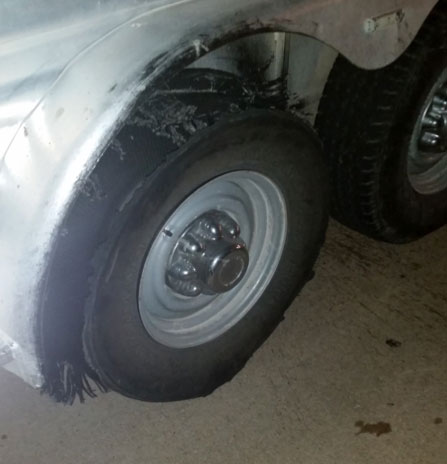 How we didn’t notice it sooner I don’t know. So Mom went inside and got us on the list at the restuarant. Dad, Jessica, Cody and I started changing the tire. 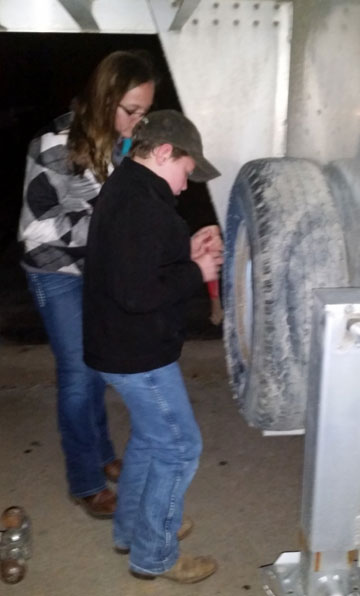 Jessica and Cody are working on getting the spare tire down.

We got the tire down and were starting to take the lug nuts off when Mom called and said that we had a table. So we left the tire by the trailer and went in. 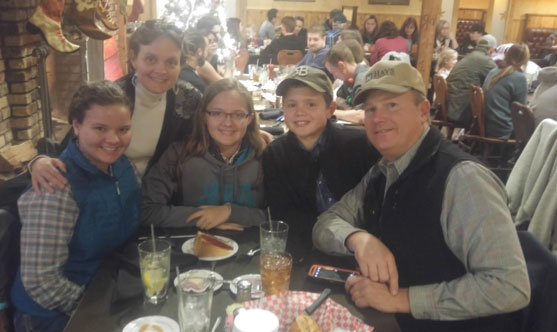 We had a yummy slice of cheese cake for Jessica’s birthday! 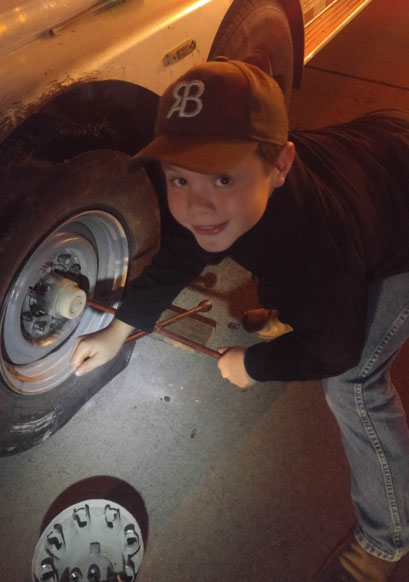 It was Cody’s turn to take a lug nut off. 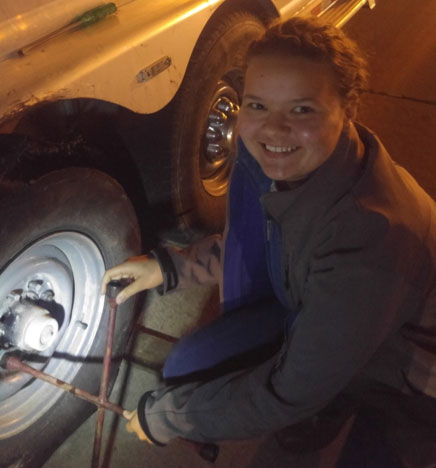 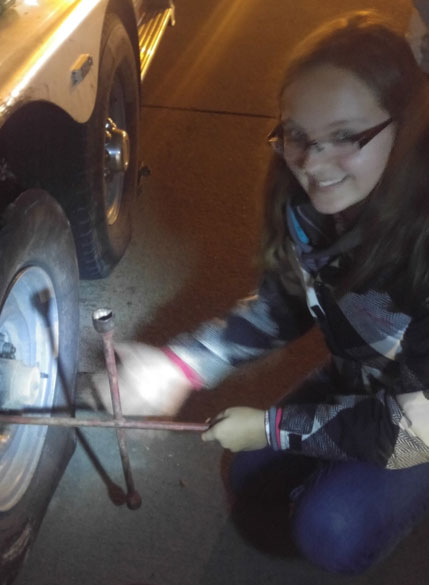 Birthday girl’s turn (she wanted a turn, we didn’t make her).

Dad finished getting the tire on and tightened the lug nuts.

We ended up staying in town that night then came home Sunday. We had a fun time and Jessica had a fun birthday weekend!

Hope everyone has a great Christmas and remembers it’s Jesus’ birthday.