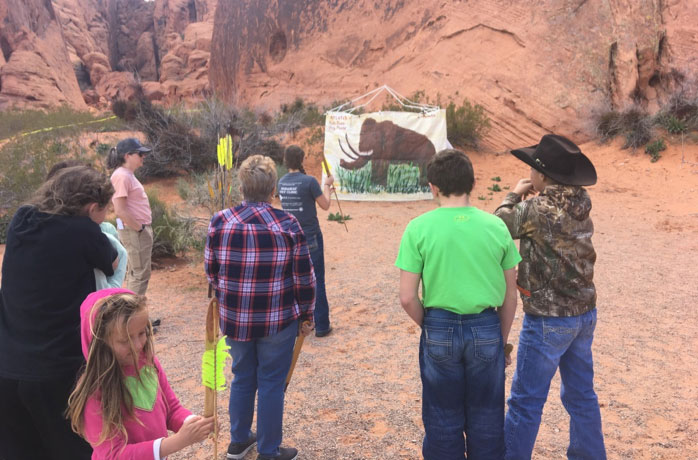 We seven oldest cousins which are Lindsay (me), Rhett, Ashtyn, Jessica, Cody, Matt, and Abby all headed on a trip to Nevada to spend a few days with Aunt Carolyn (Papa Jim’s sister).  We had an awesome time and all hope we can do it again sometime.  We flew from Kansas City, to Las Vegas.  It was the first time Rhett, Matt, Abby, and Ashtyn had ever flown so it was quite an experience.  They all did great and we got to sit close to each other on the plane.    We met Aunt Carolyn at the baggage claim.  This meant we had to get from the plane to baggage claim by ourselves; Cody was in the lead since he has probably been in that airport the most.  I’m sure it was a sight to see 7 unsupervised kids walking through the airport.

Aunt Carolyn decided to drive us down the strip…   There were so many people it looked like they were coming out of ant hills.  It was just one thing to say that you’ve done.

On the way to Aunt Carolyn’s we drove through the Valley of Fire.  It is called that because of all the red rock formations.  That’s another thing to mention.  The landscape is completely different from here at home.

Here we are at the Valley of Fire shooting an Atlatl it was really fun!  All of us did it, even Aunt Carolyn.

The arrows were really long, and you had a hook that it sat in then you put it over your shoulder and flung it forward like you were swatting a fly.  It was a lot of fun!  The boys wanted to try to make one when we got home.

We climbed on a few rocks, but not near as many or high as we did the next day. 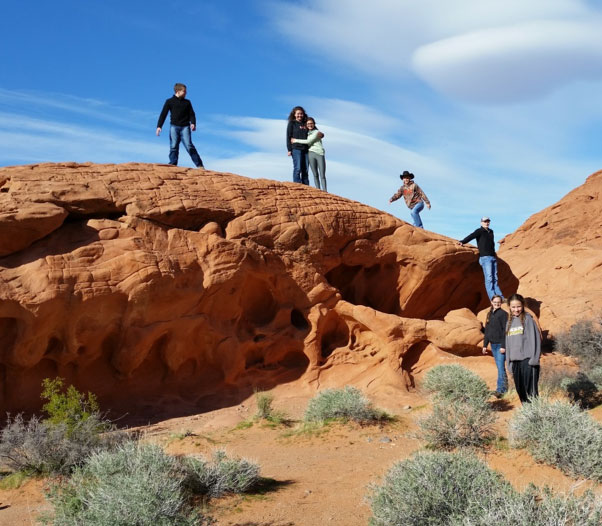 Here is a senery picture from the place we went to climb rocks and look for Indian petroglyphs (Indian carvings in rocks). 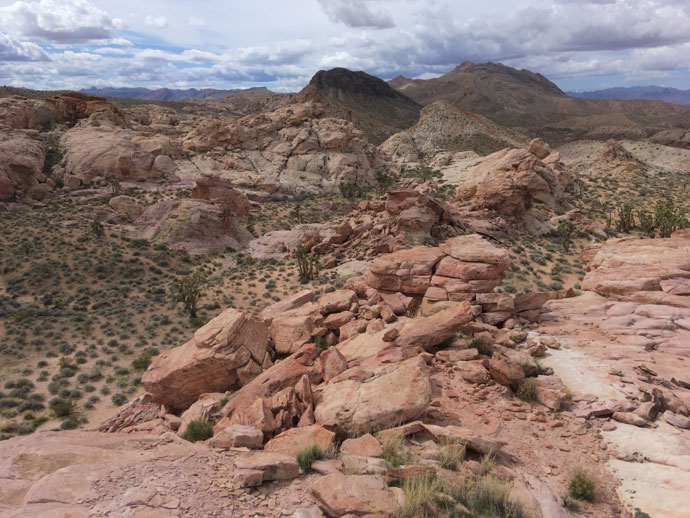 I have lots more of places that we went to that I’ll tell you about soon!