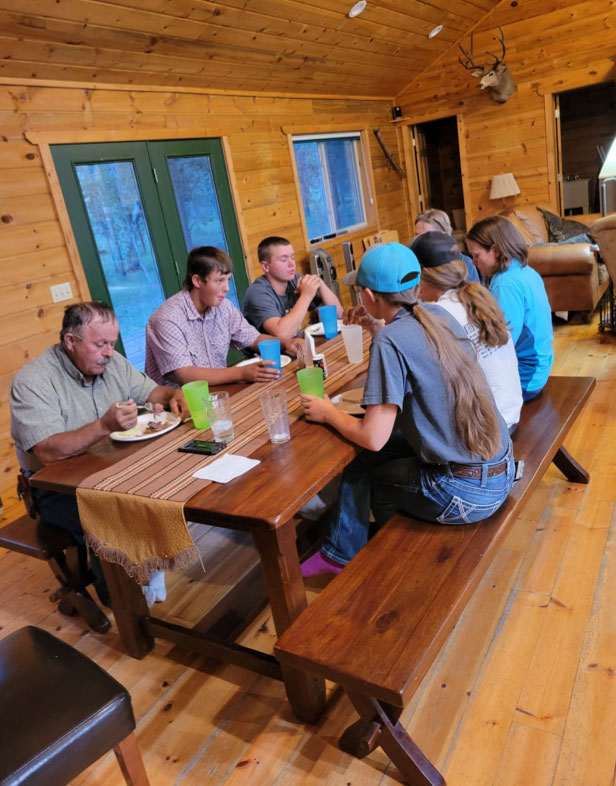 So another of the cattle working projects that happened to be going on while some of the Iowa crew was out was PAP (pulmonary artery pressure) testing bulls.  We traveled up to 8500 feet where the bulls had been for about 50 days.  This time period allowed them to adjust to the altitude.  Brisket disease, or high altitude disease, is a big deal in higher elevations.  Ranchers at this altitude typically lose several head of cattle to this each year.  So by PAP testing the bulls we see how they themselves performed at high altitude and hopefully select for resistant calves.

The ranch where we were working had several cabins for guests to stay in, and let me tell you, they were gorgeous.   We got to stay in the lodge and Papa Jim and Grammy stayed in a cute little cabin.  I’ll show you some pictures of the lodge.  We fell in love with it! 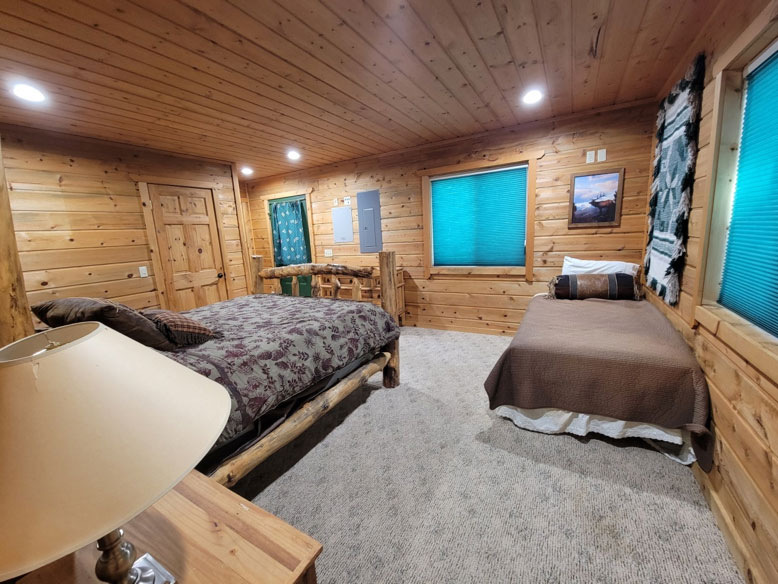 Jessica, Abby, and I stayed in this room. 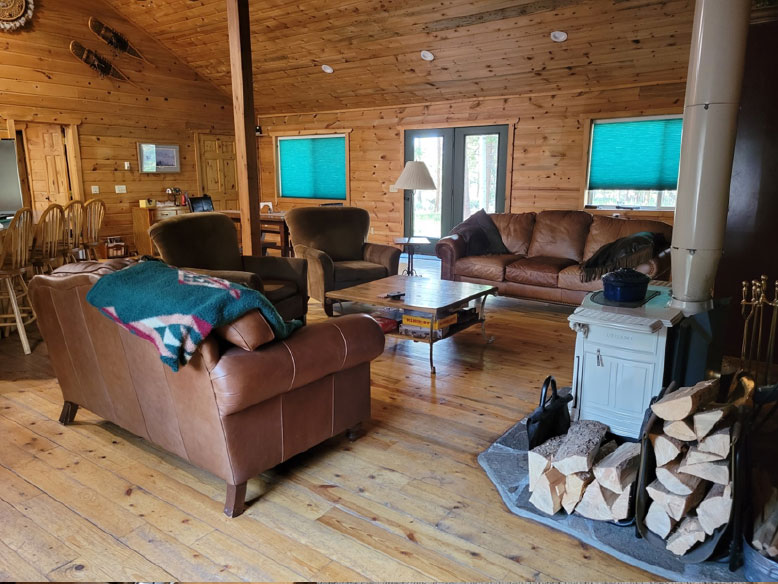 Here’s the living room!  It also had a cute little fireplace/stove. 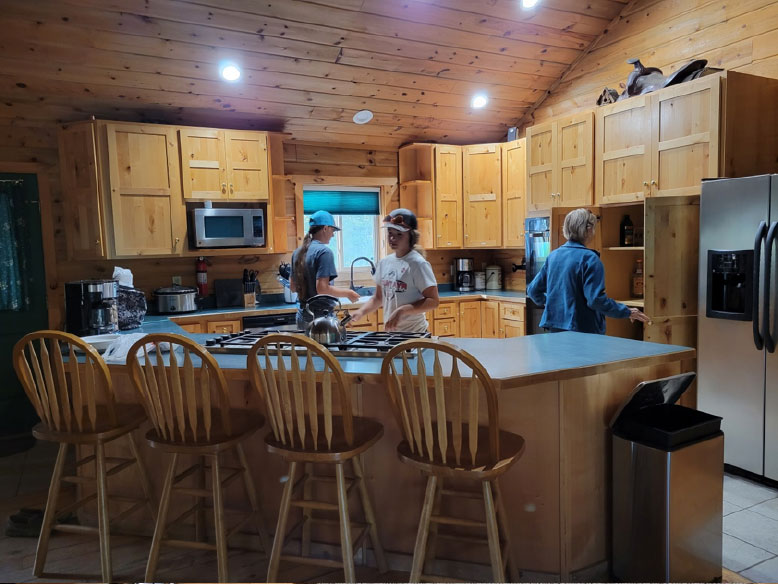 We all kind of fell in love with the kitchen….  There is a double oven beside Grammy too! 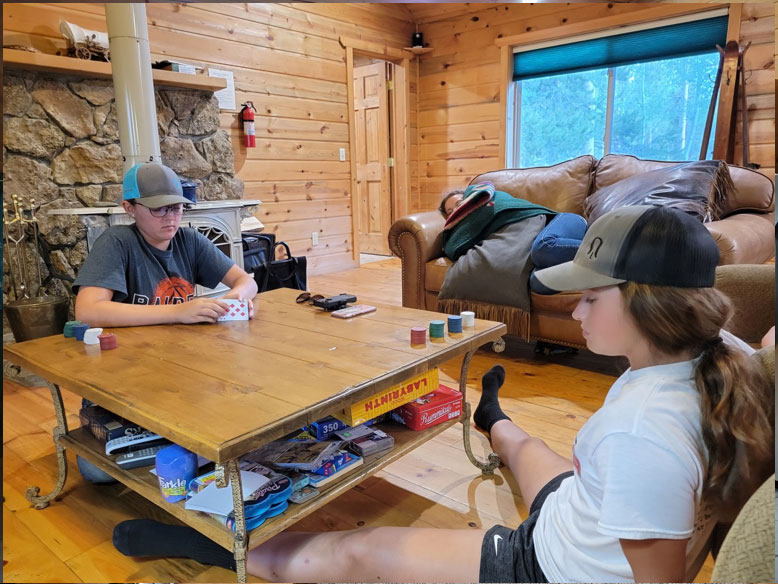 They also had this cool game table in the living room.  Boys’ team was still outside when Jessica and Abby started up their poker game.  They hadn’t played for a while and had forgotten most of the rules, if they ever knew them to begin with.  Mom and Grammy were sitting reading their books though and got roped into helping.  I kid you not.  The next 20 minutes was spent deciding what the correct rules to poker were.  Finally Papa Jim made it back inside. 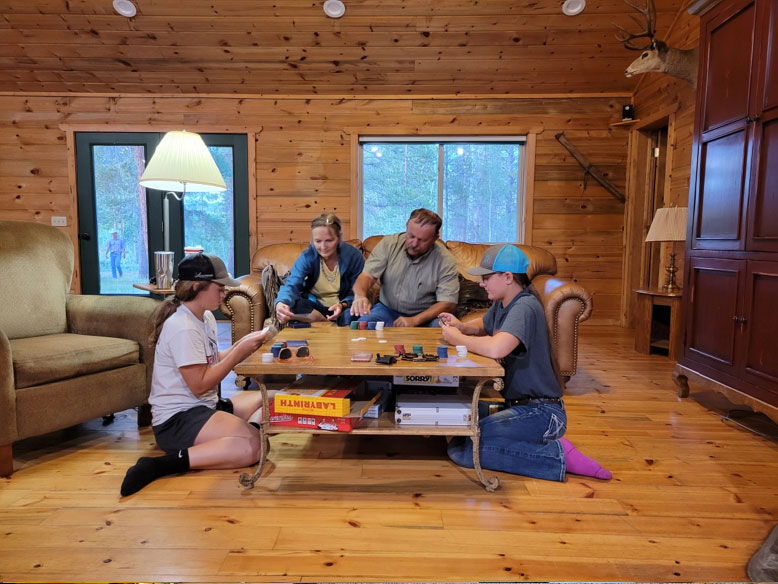 He got them straightened out and he spent the next few days of vacation playing/explaining poker. 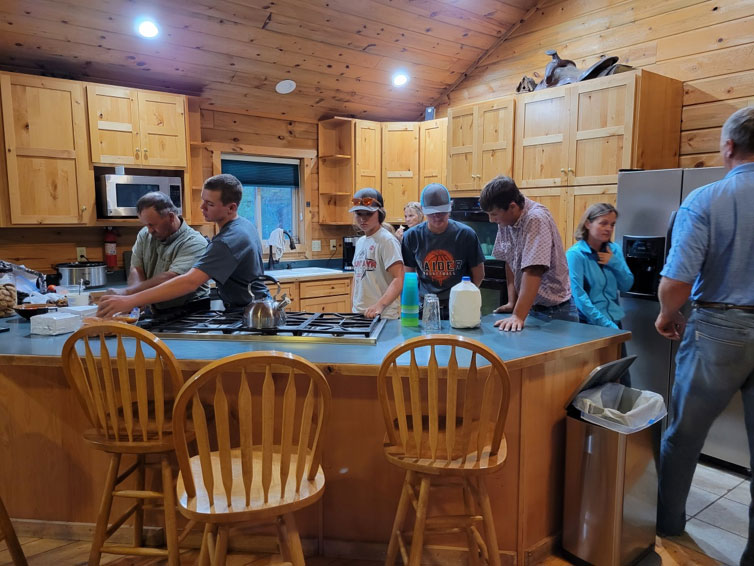 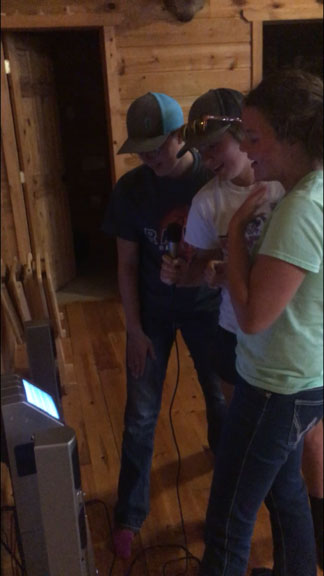 Oh, another thing that I should mention about the night is our karaoke performance…  You see there happened to be a karaoke machine in the cabin, and Jessica, Abby, and I just happened to find it. We found a country music CD and started jamming out.  The only thing was it was pretty hard to hear the music when all three of us were belting out the words.  So the whole tune and timing thing was a little hard to do…  We were so good, if we would have set a hat out or something to collect money in I think we could have been rich that night.  Only they would have been paying us to stop…  Matt tried to unplug the thing at one point.  Cody said the only way he could get some peace was when he was in the shower and had three doors in-between him and us.  Matt even mentioned he thought it might have been worth waking up at 3:00 A.M to drive up the mountain, rather than spend the night and listen to us.  Boys!  They can be so dramatic! 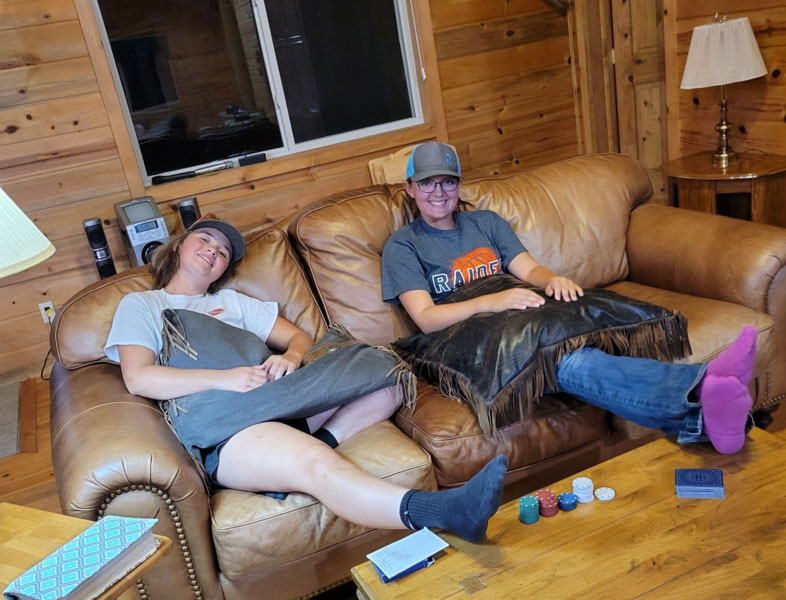 That was our evening/settling in experience.  Next time I’ll show you some pictures from actually working.