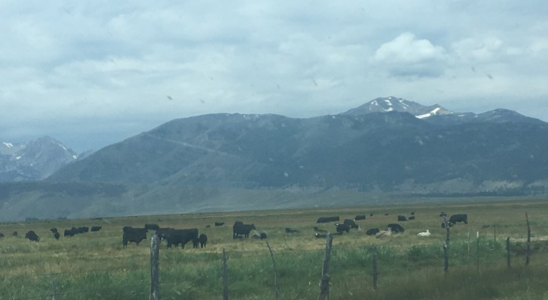 Our family went on a vacation a couple weeks ago to Nevada and California.  It was a pretty long trip–8 days total.  It was kind of a working vacation.  In fact, the latest that we slept was 6:45 AM.  It was busy but fun!

One of Dad’s ultrasound customers is really big into archery, and Cody has been out there a couple times to shoot with them.  This year they were putting on a 3D archery shoot in the mountains and they wanted us to go.

The first two days we scanned and worked cattle.  We did get to go swimming in the afternoon at Mrs. Lucy’s (the owner who loves archery).  After we got done working cattle, we helped pack up for our camping excursion.  Mr. Dennis, Mrs. Lucy’s husband, used to be a hunting guide and had lots of gear.  He had a tent that we could use and we shipped our sleeping bags out so we wouldn’t have to carry them on the plane.  There was lots to help pack!  We filled a couple trailers full.  We were camping for 2 nights and 3 days.

The town we camped was closest to Bridgeport, CA.  The drive up was pretty and there weren’t many people.  I think my favorite place was the Bridgeport valley.  There were lots of cattle and the grass was even green!

There were lots of cows in the valley. 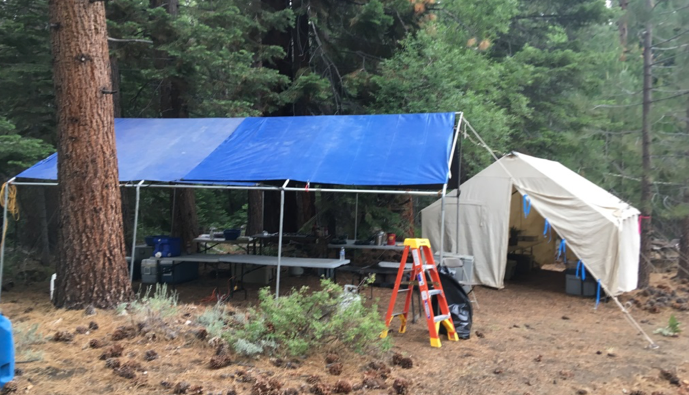 Once we made it to the camp site, we started setting up.  This is the kitchen in which we would be cooking for 40 people. 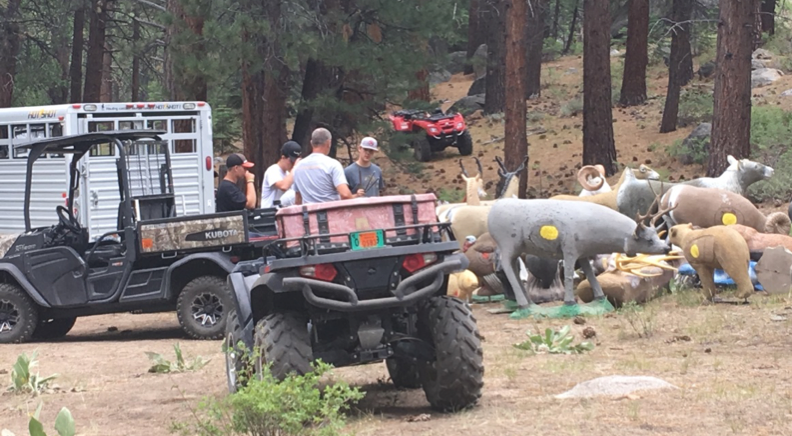 While some were setting up camp, some were taking these targets up the mountain to set the archery course. 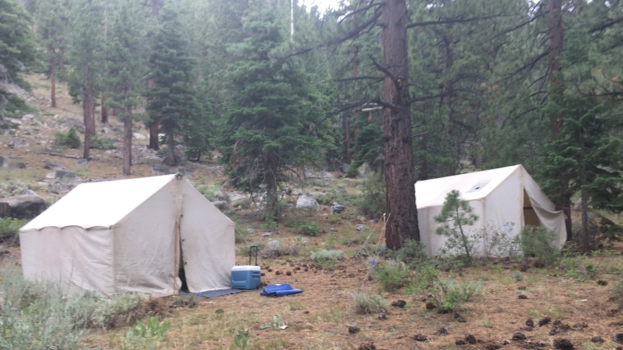 Dad, Mom, and Cody slept in one tent, and Mr. Dennis and Mrs. Lucy slept in the other. 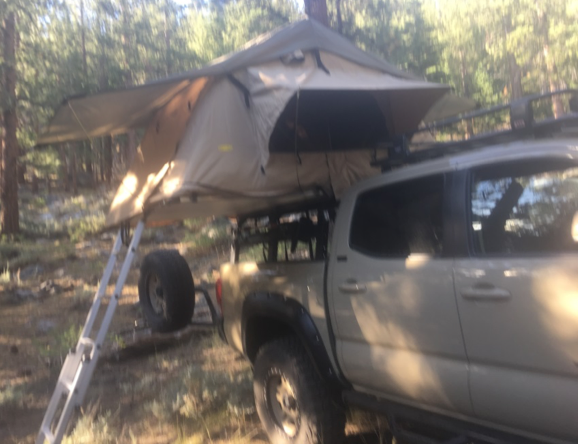 This picture is a little blurry, but I didn’t really know how to describe how this tent was set up.  Jessica and I slept in here.  This is Mrs. Lucys “toy truck”.  It’s quite fancy.

It seemed like nearly everyone brought their dog.  There were about 7 dogs in camp so someone was usually hollering at their dog or there would be a dog fight.  The second night we were there, Jessica and I woke up to hear dogs barking at 3:00 in the morning.  At first we figured it was just a dog fight, but then I got to thinking that there was probably a wild animal out there.  Word finally came from camp that there had been a bear trying to get into a cooler!    Jessica was a little nervous, but I consoled her by saying we would probably hear the bear if it crawled up our ladder.  I wasn’t too worried about it.

We woke up at 5:30 those mornings to get breakfast started.  Mom, Jessica, me, and another mom was in charge of the kitchen. 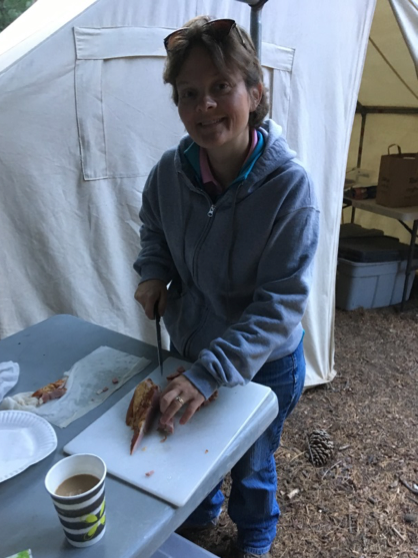 There’s Mom cutting us some ham for breakfast.  She looks a little tired, but she has her coffee. 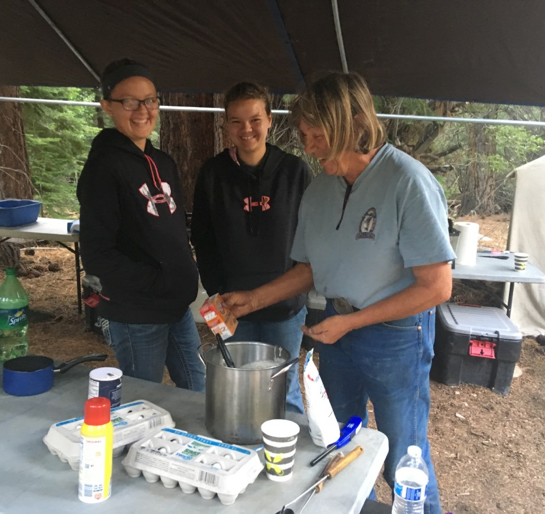 Mrs. Lucy is showing us her sourdough pancake recipe. 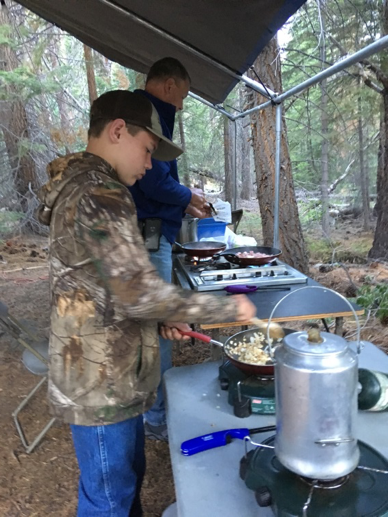 Dad and Cody helped with breakfast that morning. 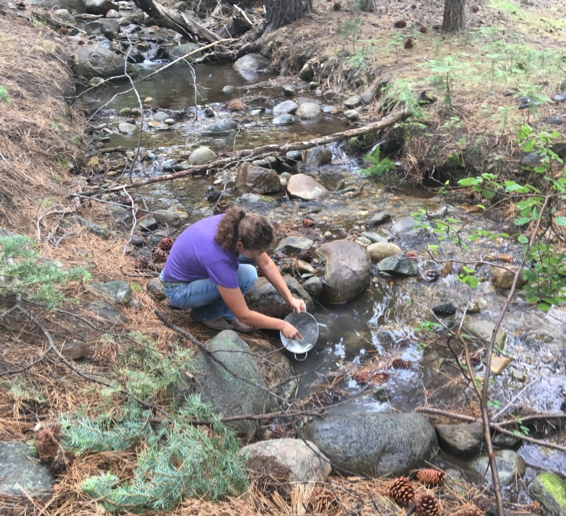 Here’s the stream that we would rinse the dishes in. 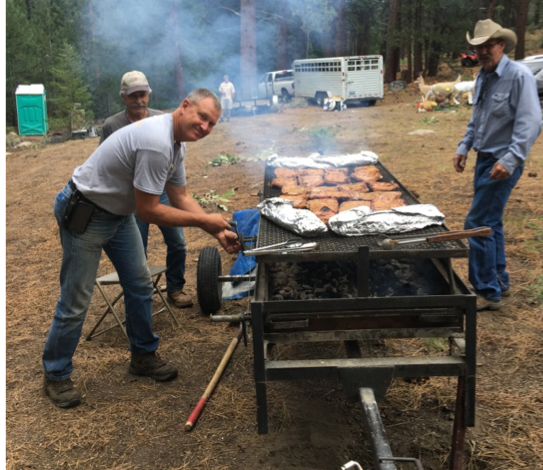 They had a big charcoal grill that we cooked a lot on.

That’s some of what was happening about camp.  I still have to tell you about shooting, and visiting Yosemite!