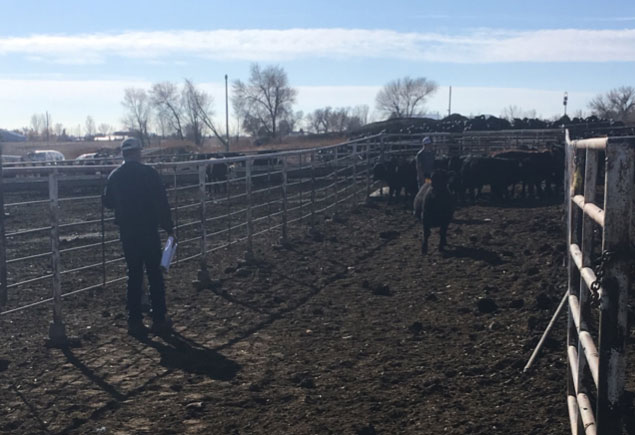 Hello all! Today I’m finally going to do a blog from when Papa Jim and Grammy came out to Colorado. They went out to Reno, Nevada for the Angus Convention and on their way home they stopped by!

They rolled in on the train at the Fort Morgan station where Mom and I were there to pick them up! We only waited on the train for ~30 minutes. Not too bad for the train!!!

We had lots of fun!

Papa Jim and Cody had quite a few pool games!! A few games a day seemed to tide them over! 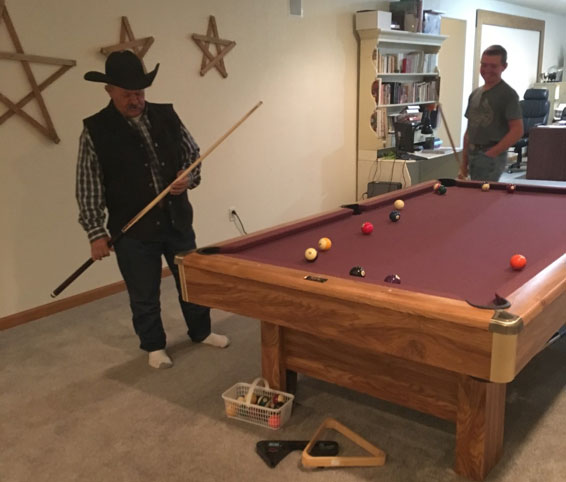 The day after they got here Dad needed some help sorting calves so Papa Jim and we kids headed over to help! 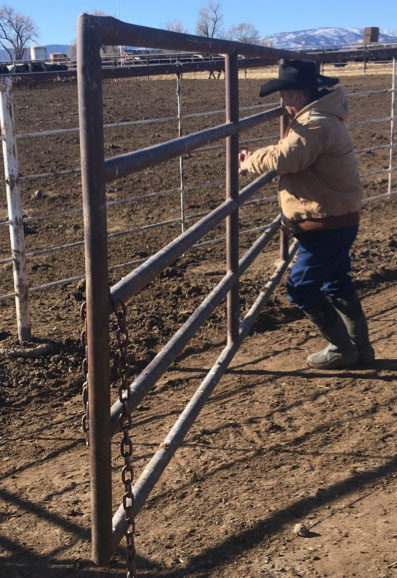 One morning Papa Jim and Cody worked with Rooster. Rooster’s a little over 2 and he and Cody are great buds. They’ve bonded since day one. Cody’s just messed around with Rooster from the beginning and he’s coming along pretty well. 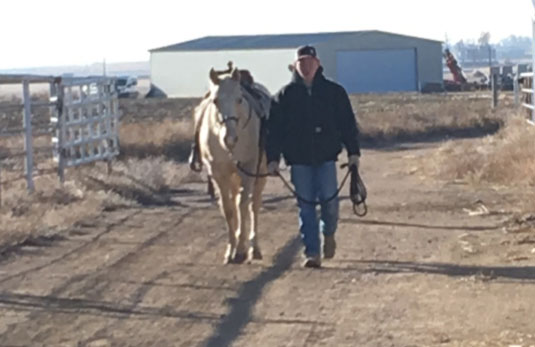 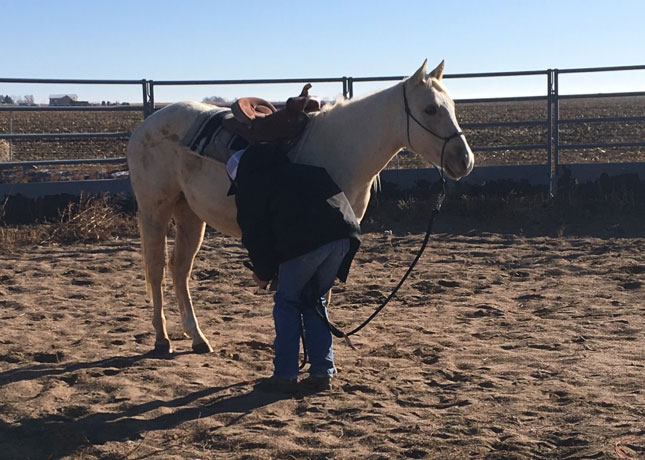 Rooster really cracks me up! I took this picture with his ears picked up, but most of the time when Cody was picking his feet up it or swinging a rope over his head it really looks like he’s about to go to sleep. 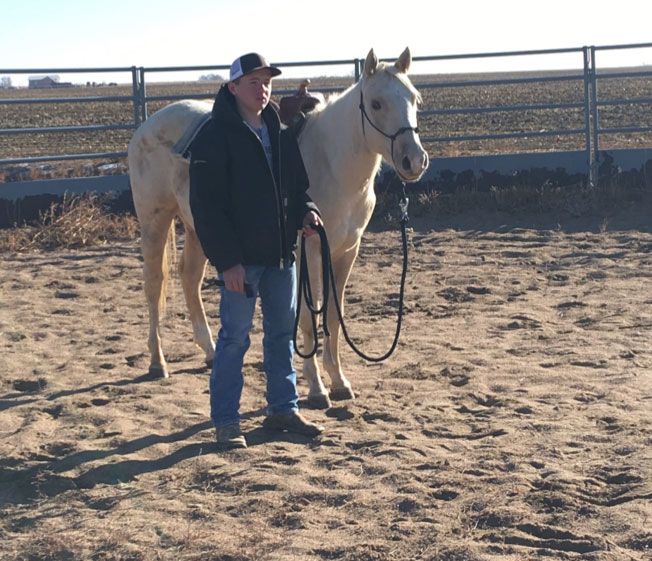 Getting a few instructions from Papa Jim… 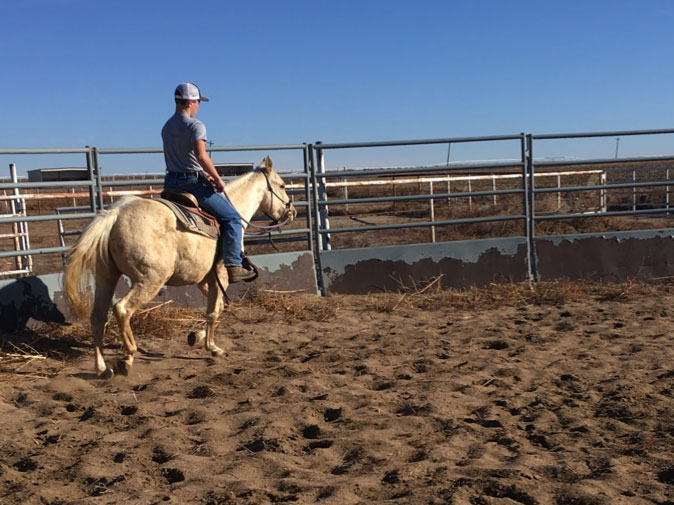 Then we’re flying in the saddle! Cody’s ridden him a few times, and like most other things Rooster takes it like a champ! Cody had fun working with Rooster, and Papa Jim enjoyed watching! 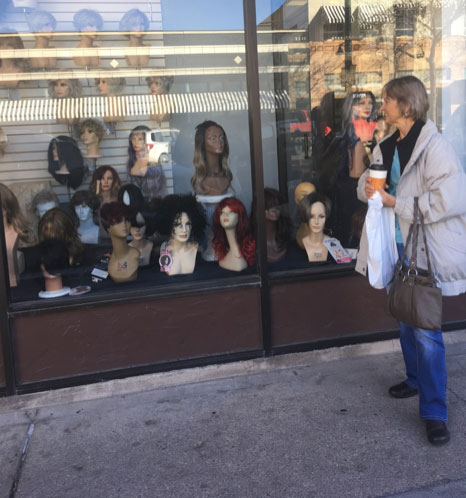 Grammy, Mom, Jessica, and I took a little girls trip up to Cheyenne and found lots of things to look at! As we were doing some window shopping we came across some wigs. And this caused us to stop. Grammy’s theory is that if you had wig you wouldn’t have to fix your hair every morning. All you would have to do is throw the wig on! Although it was tempting we decided not to get a wig! 🙂 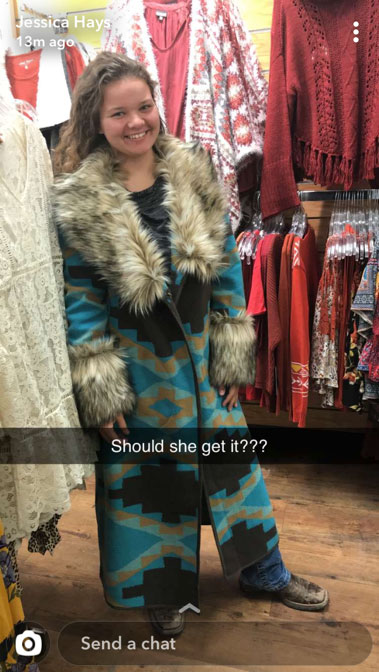 Then we went to a western store and had some fun trying things on! I thought I could pull this off! Lol!!! 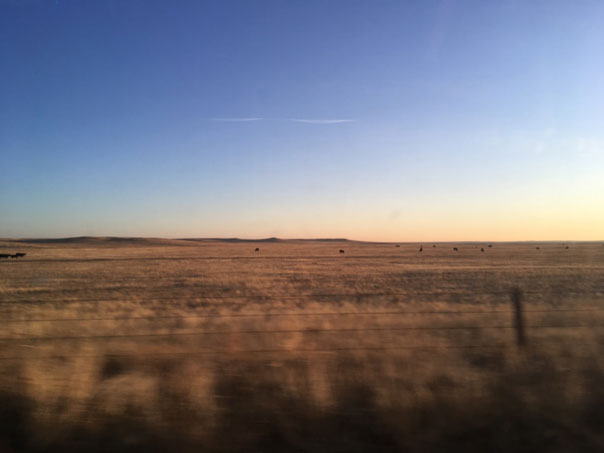 On our way home we went on gravel roads through the middle of nowhere. It was a lot of fun and we saw lots of pretty ranch country!

Well, I’d better cut it off here or it will get really long! I’ll tell you about the sale and the rest of their trip in another blog!