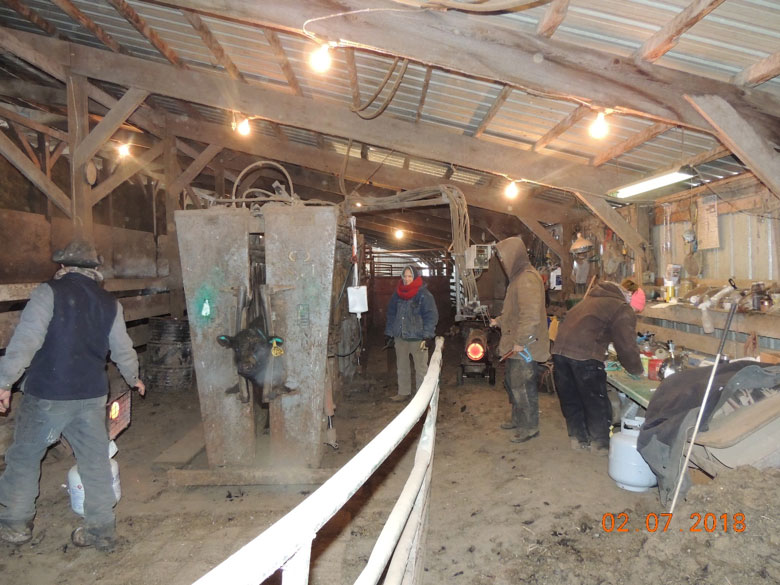 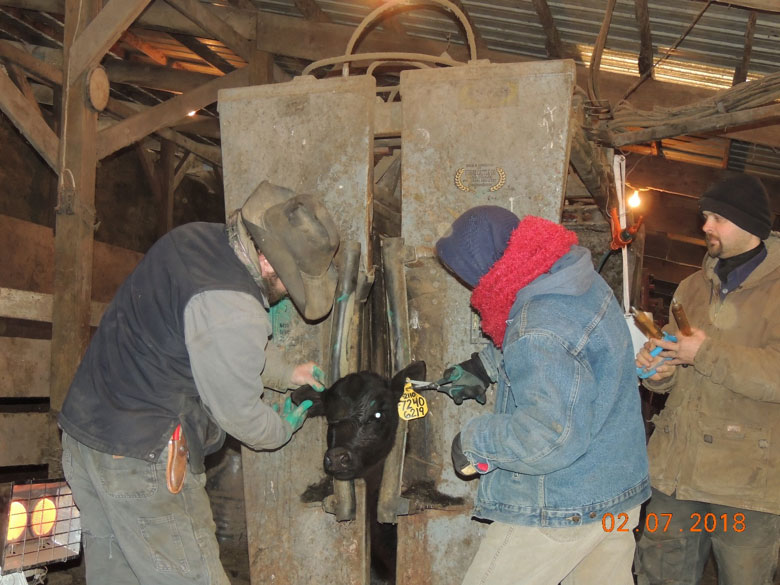 When we wean, we also vaccinate, de-worm, weigh and tattoo the calves. It’s a fun-filled day of family time which almost always goes well.

Of course there are sometimes a few hiccups, like when we were loading a herd bull yesterday and we (and by “we” I mean a member of boys’ team) left the truck running so it would stay warm which meant he had to leave it in neutral and by leaving it in neutral, it left it vulnerable to rolling, and when the bull started to get on the trailer, he was able to roll the trailer ahead just enough that he could slip between the trailer and the side of the barn. Yep. He was loose.

Now, I did not actually witness the bull getting out, but I heard the aftermath. Marci and I were by the chute getting stuff set up when we heard a loud, profane, exclamation from the trailer area. Upon investigation, we surmised that the bull had gotten out.

We decided our help was probably necessary, so we headed that way. And thankfully, the bull was the nice, gentle sort and it didn’t take much to get around him and get him back in the barn. But it made for an exciting adventure.

Which reminds me, I better wrap this up and get ready to head back out and wean more calves. And if anything fun and exciting happens, I’ll try to get a picture of it to show you tomorrow.

Have a wonderful day!