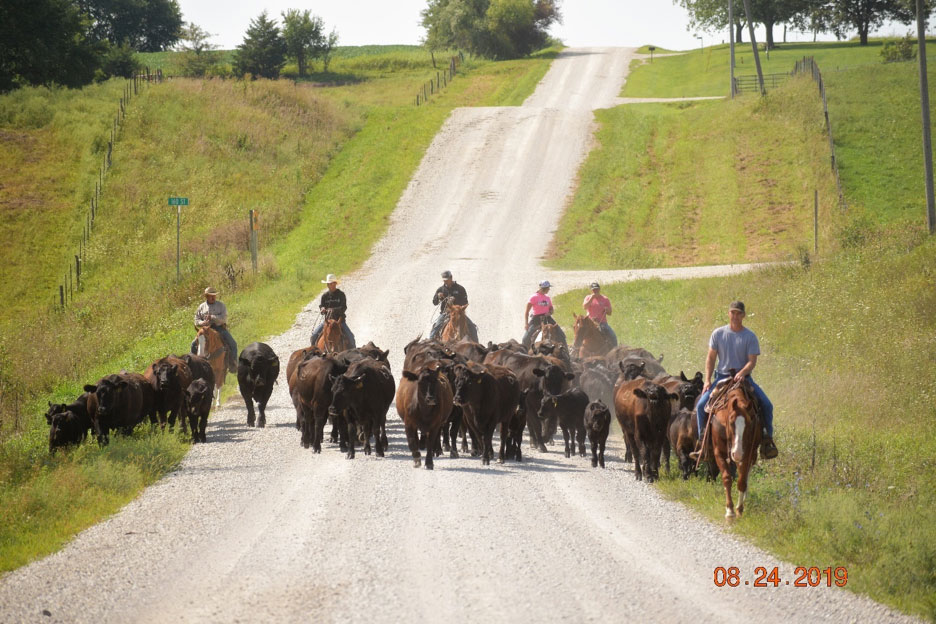 (Note:  I started this blog a week ago, but somewhere along the way, I got distracted.  But I’m going to go ahead and post it even though it’s a little late.  Oops!)

We weaned a bunch spring calves this weekend.  It was a fun-filled family affair.

We had a bunch of help, so we were able to divide into “crews.”  The cattle-moving crew consisted of Dad, Will, Matt, Trent, Ashton, and Marci. 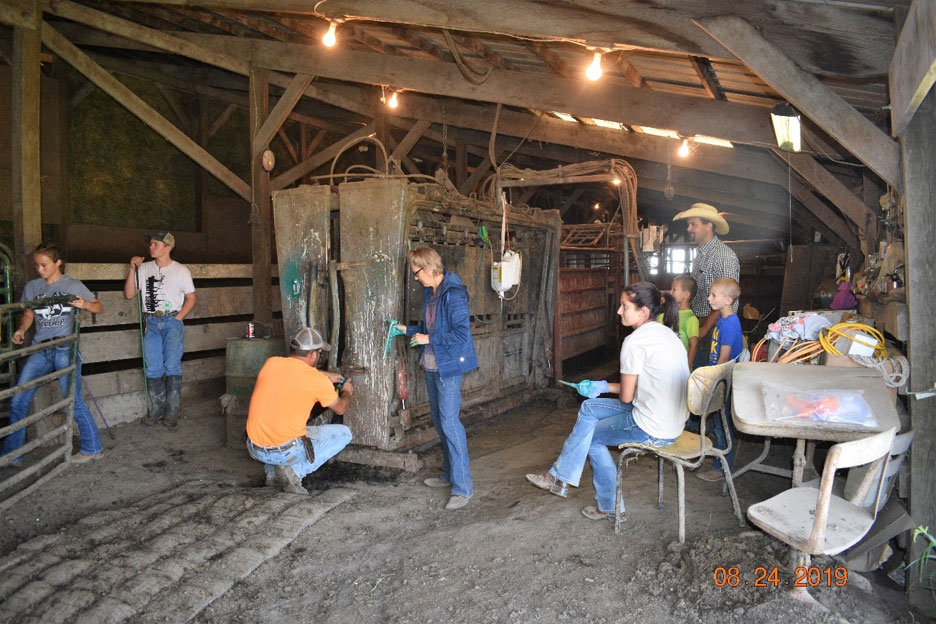 The chute crew included Clint, Joe, Grammy, Ashtyn, Cody, Abby, and me.  (Plus some younger assistants off and on throughout the morning.) 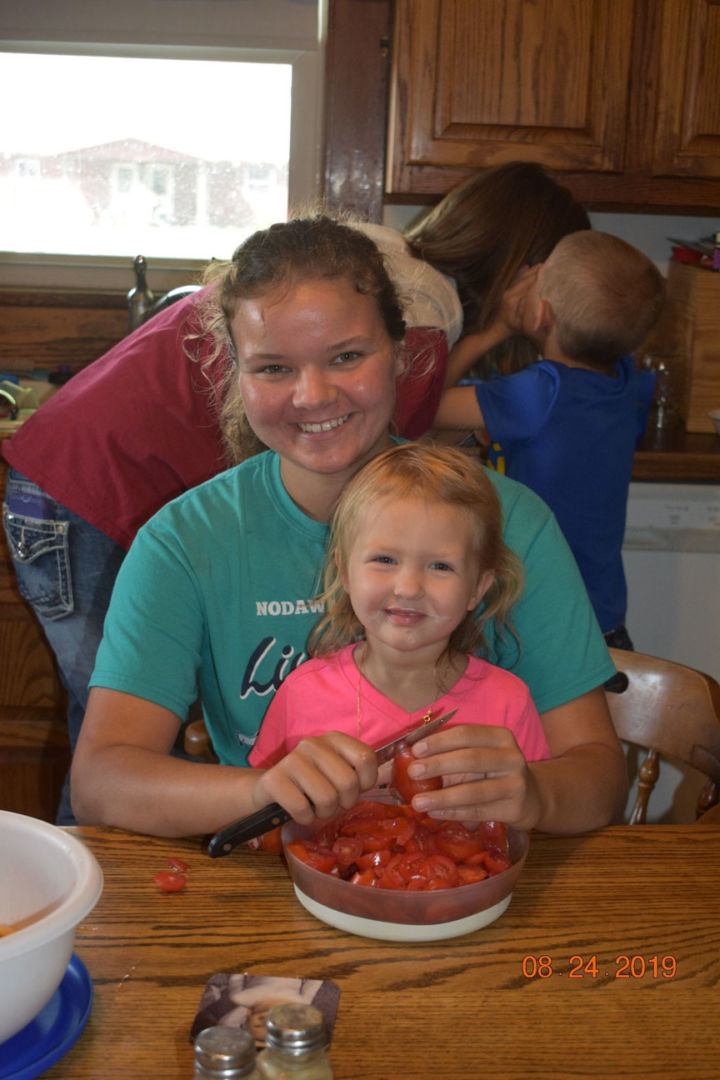 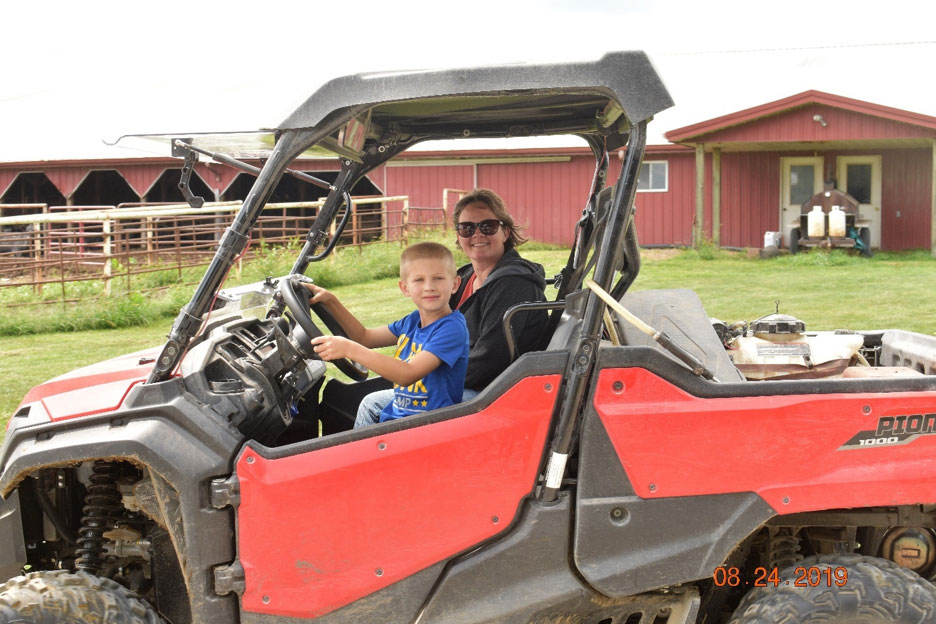 And perhaps the most exciting crew of the day was the photography crew, which consisted of Aunt Beck and Ty.

I’ll show you what each crew did. 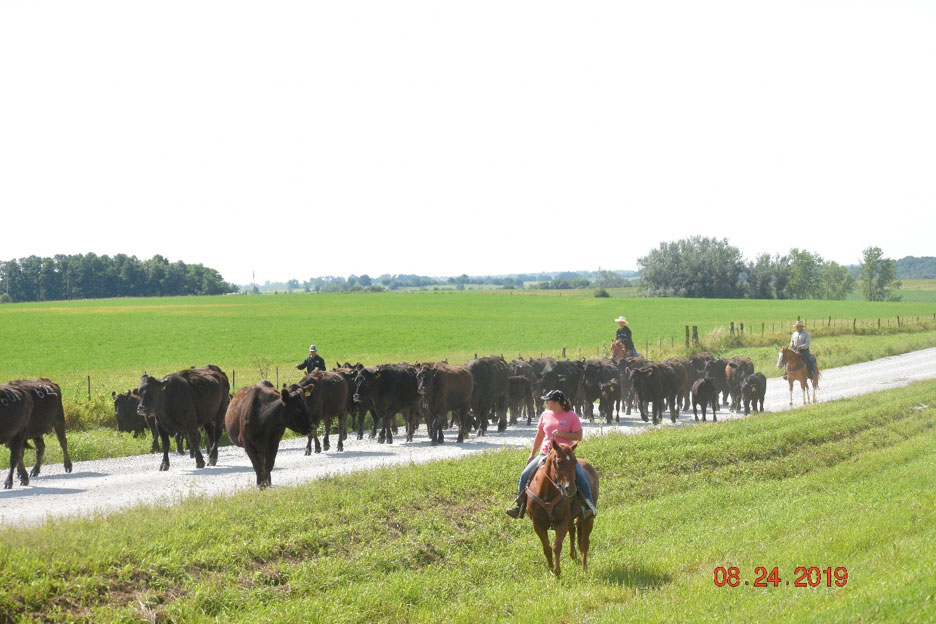 The cattle moving crew, believe it or not, moved cattle.  I knew that would be a tricky one to figure out. 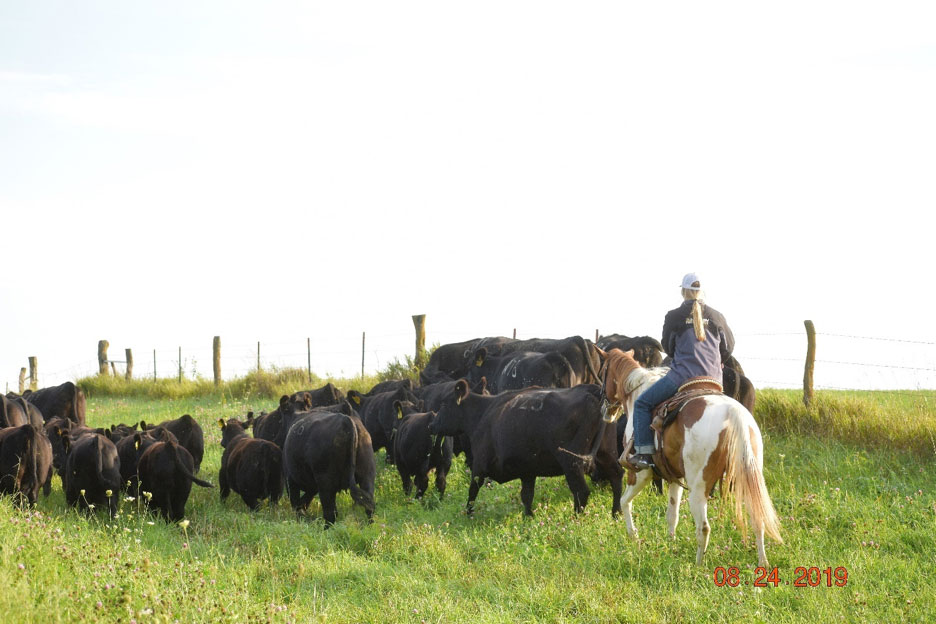 We had five pastures to gather, so that kept this crew busy. 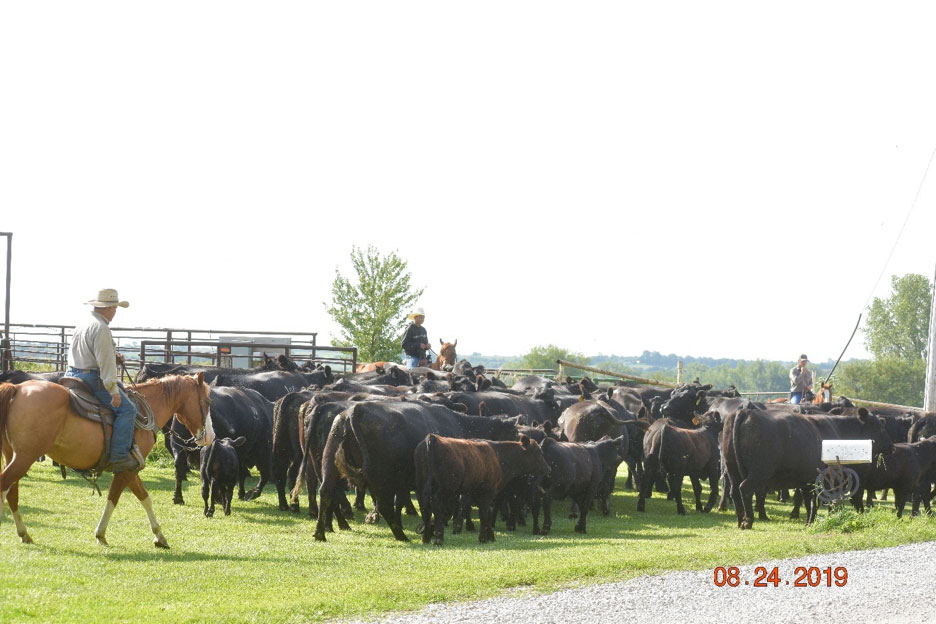 As soon as they got one pasture to the house… 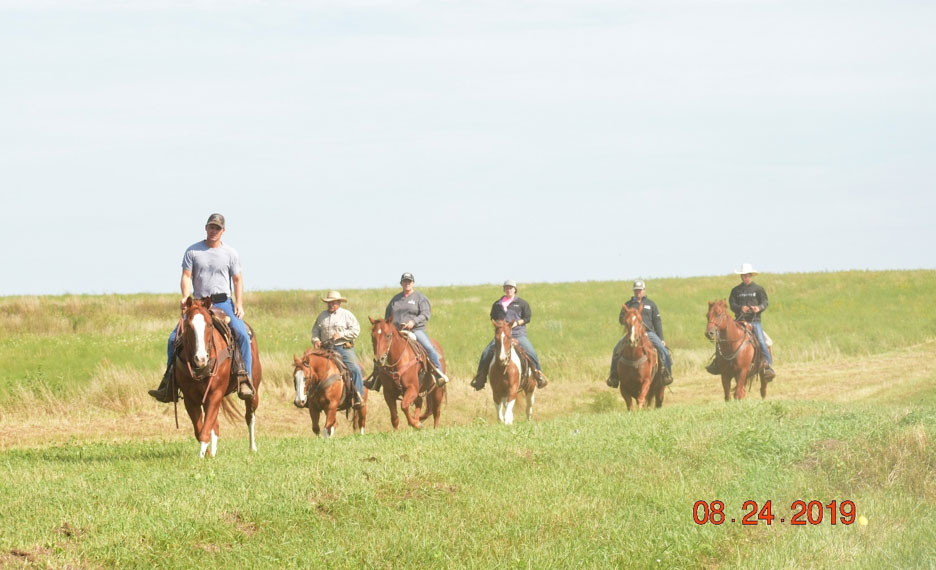 They would head out and gather another. 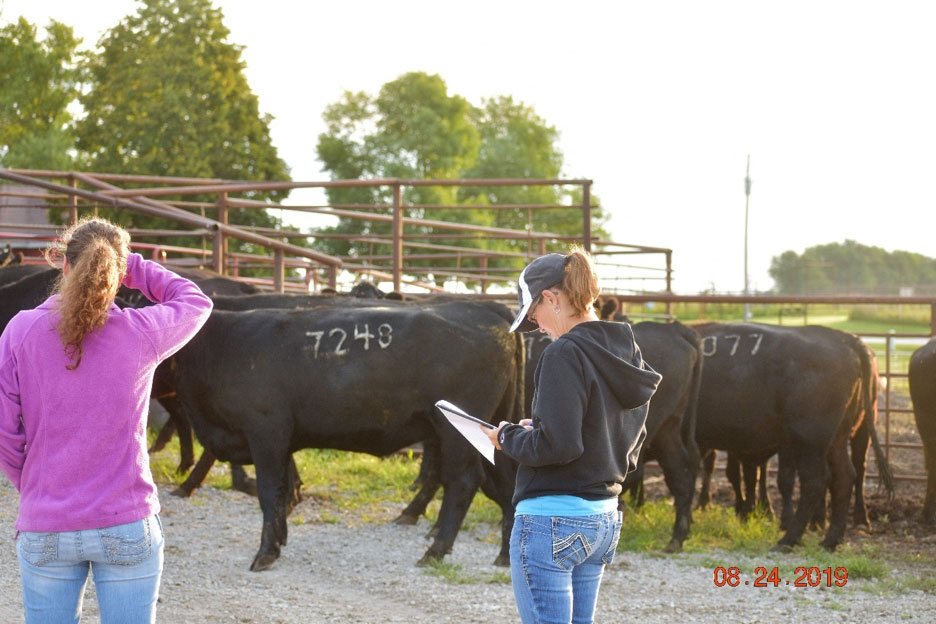 Once the cattle were at the barn, the chute crew would get to work.

First, we would check off each cow to make sure all were accounted for… 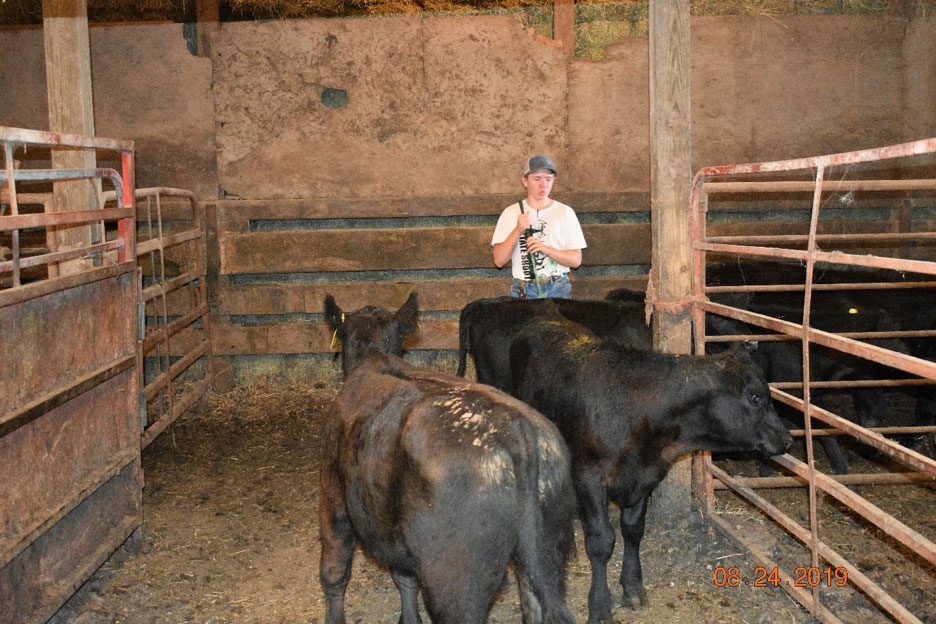 Then we would sort the calves and Cody would load them in the alley. 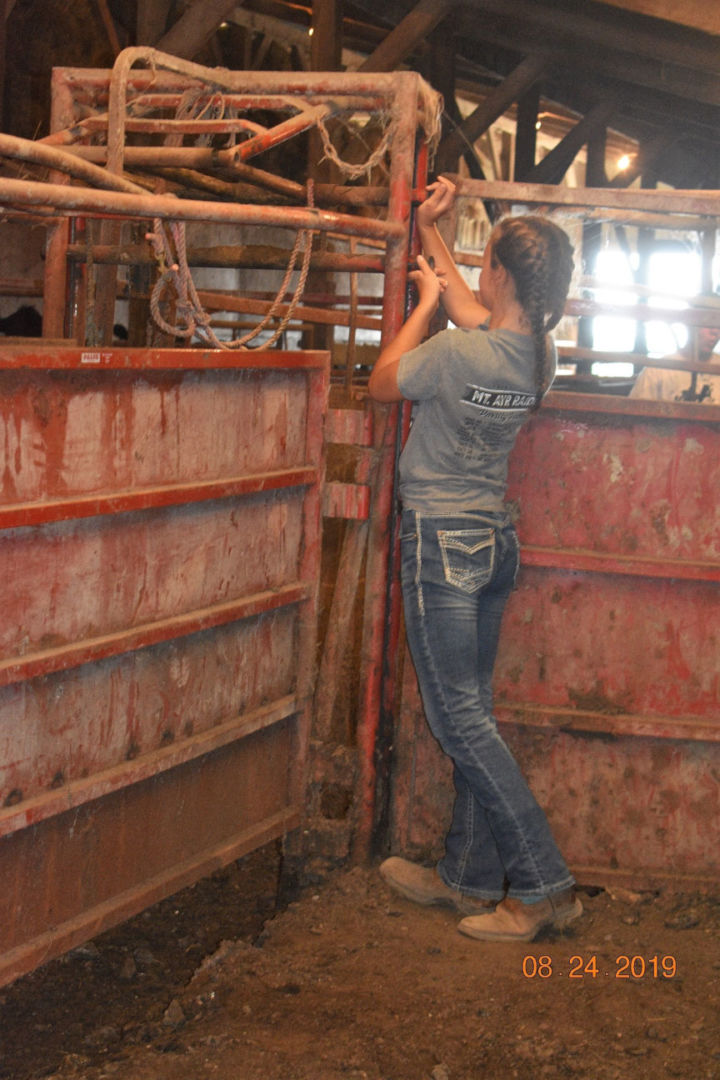 And Abby would push them to the chute. 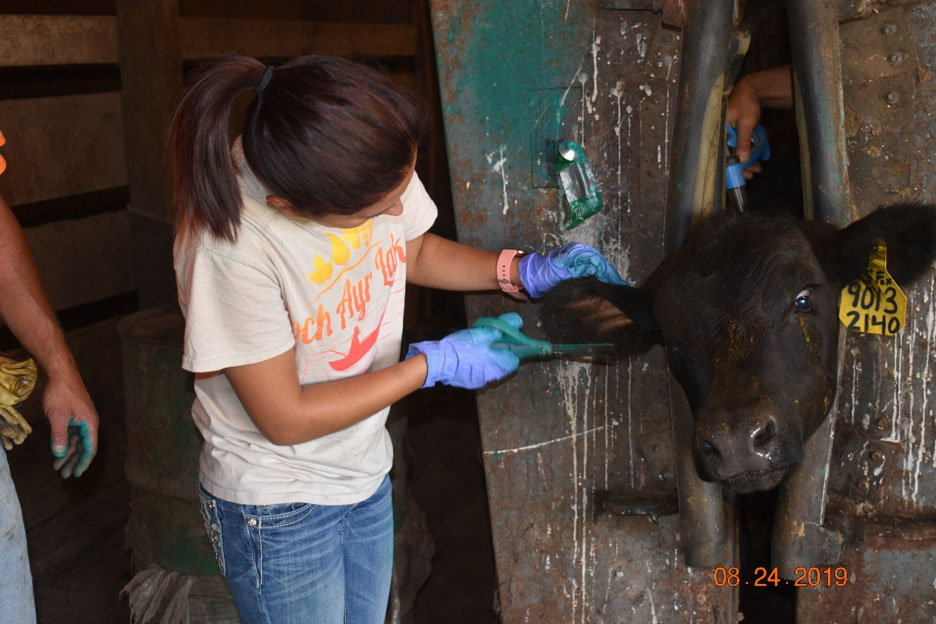 Where Ashtyn would trim their ear hair so that her sweet father could tattoo them without any hair getting in the way.  And Joe would vaccinate them (that’s his hand you see in the background.) 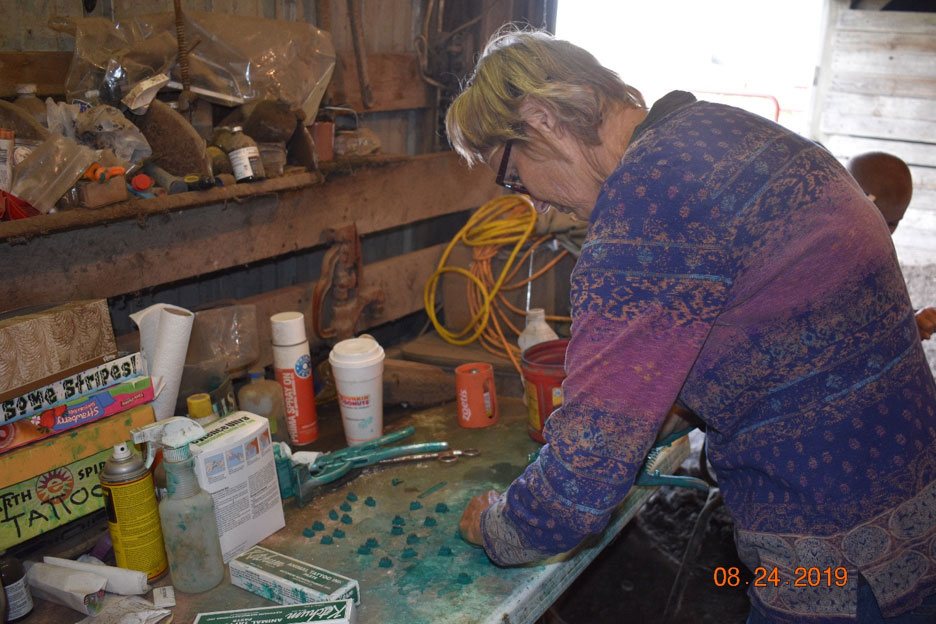 And Grammy would fill the tattoo gun with the appropriate numbers… 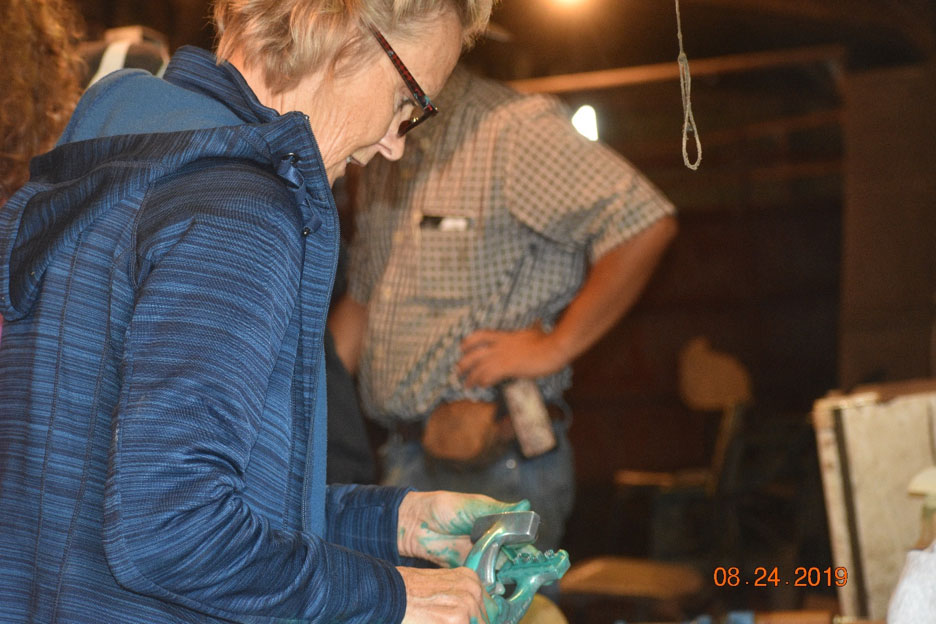 Then hand the gun off to Clint… 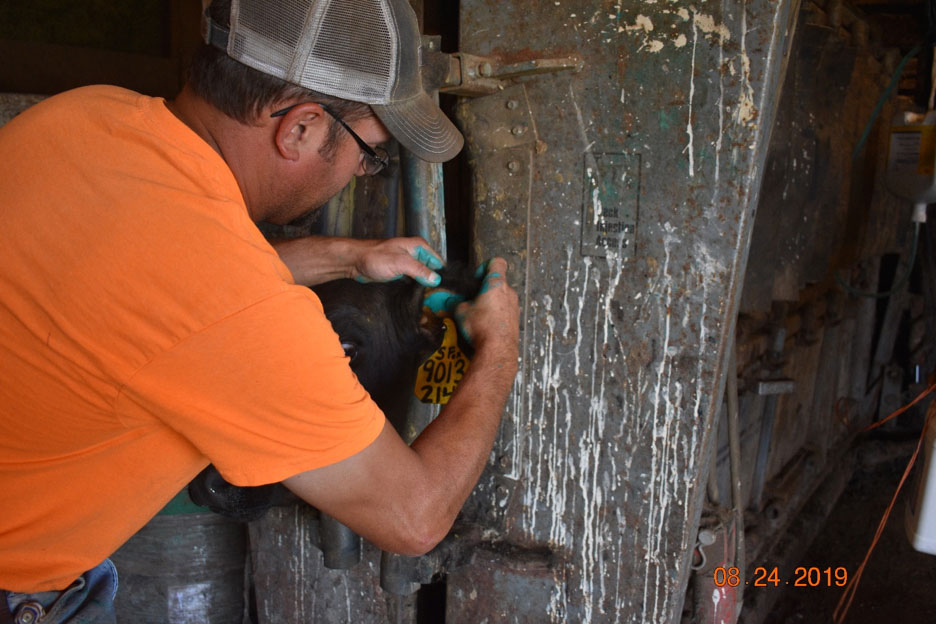 Who would smear the green tattoo ink in the calf’s ear, then tattoo the calf.  This calf’s tattoo would read 9013 (the middle number on the ear tag) and for the rest of this calf’s life, he will forever be known as 9013.  Even if he loses his ear tag, we will still be able to identify him.  Which is an important thing on a registered operation. 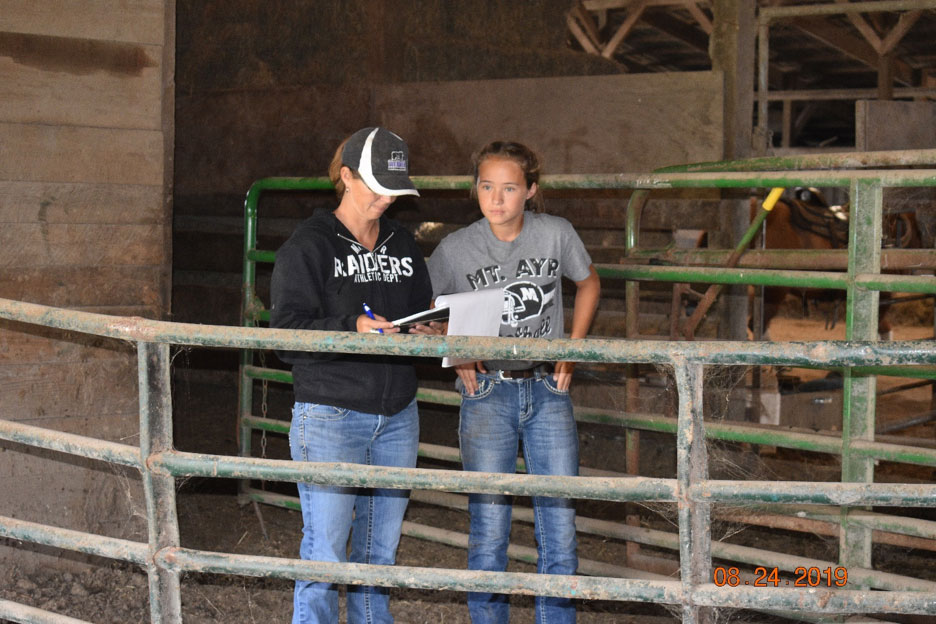 And finally, I would record the weight and sex of the calf and then he would be free to go.

This process continued all morning until it was time to eat. 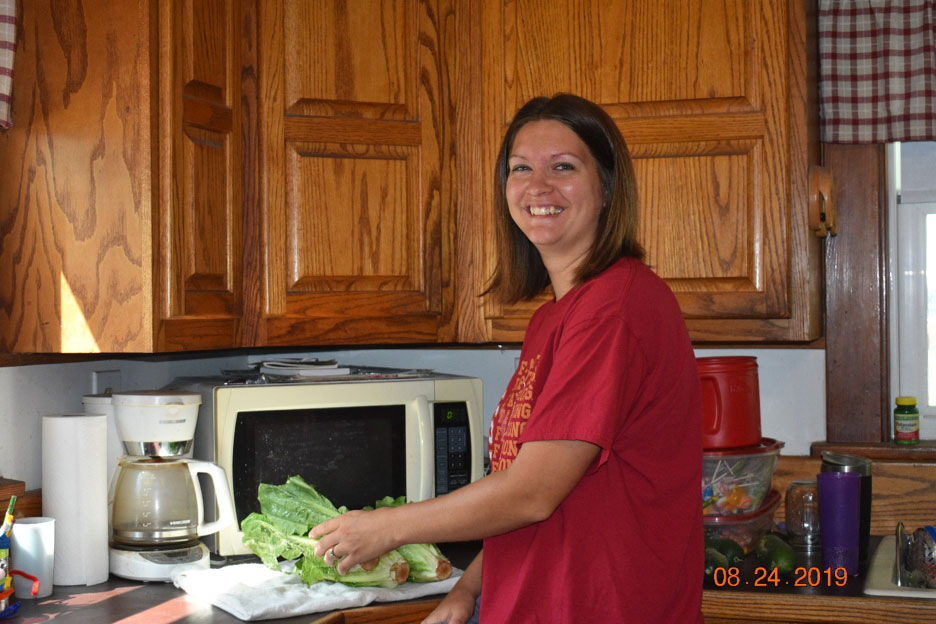 Thankfully, Heather and her crew had been hard at work preparing a delicious feast. 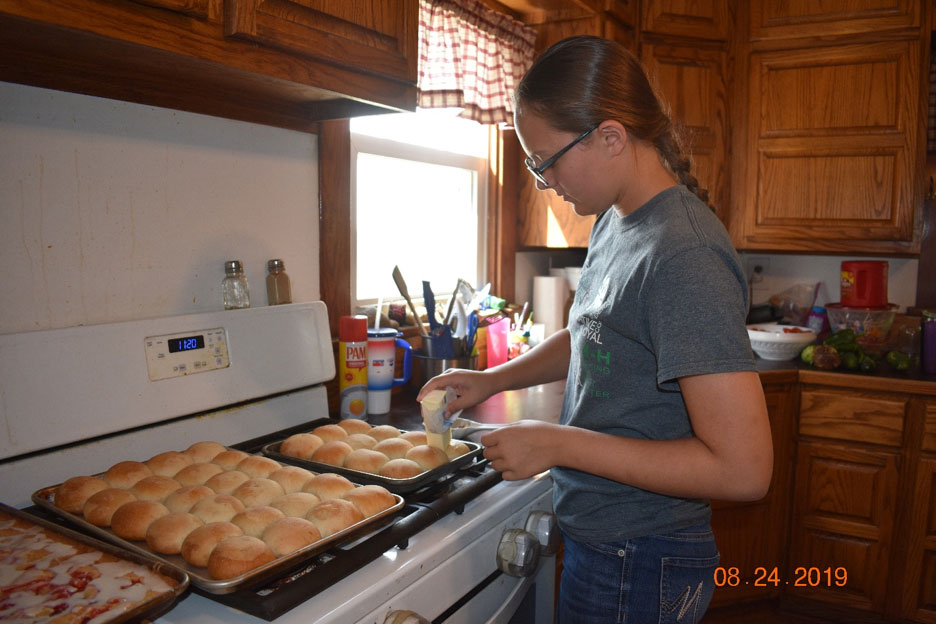 I don’t know what we’d do without Heather.  Starve, probably.  She is the best cook and is always willing to feed the whole crew.  What a blessing! 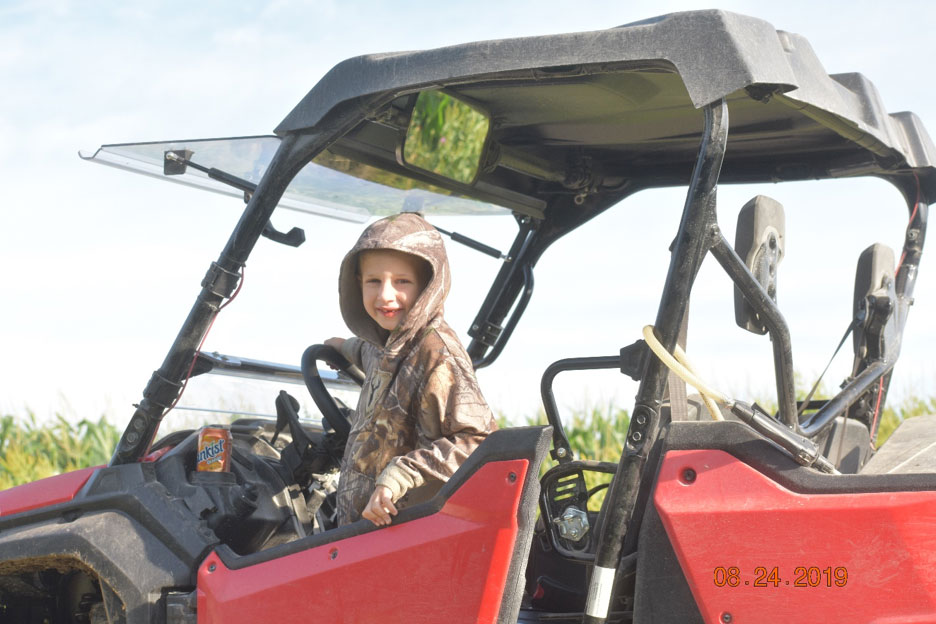 And I can’t forget the photography crew.  This guy was like a kid in a candy store.  He came up to me the night before and said, “Aunt Bon, what’s my job?”  And he just looked so eager and excited to have a job, I had to come up with something, so I said, “Ty, do you think you would be able to drive Aunt Beck around in the Pioneer so she can take pictures?”

You’d have thought I’d just offered him the moon.  His eyes lit up and his face got bright.

And guess who was the first one up the next morning.  Yep.  Ty Guy.  He was rip roaring and ready to go.  We went over the basic safety instructions and cautioned him that he should keep it below 7 miles per hour.  He listened attentively and nodded in agreement.  Off they went!

Aunt Beck said he hadn’t even made it to the south lane before he said, “I think we can go 12 miles per hour, don’t you?”  Oh my.  They had quite the trip.

So there you have it.  A day on the ranch.

But the photographers did such a great job, I’m going to throw in some more pictures that I liked. 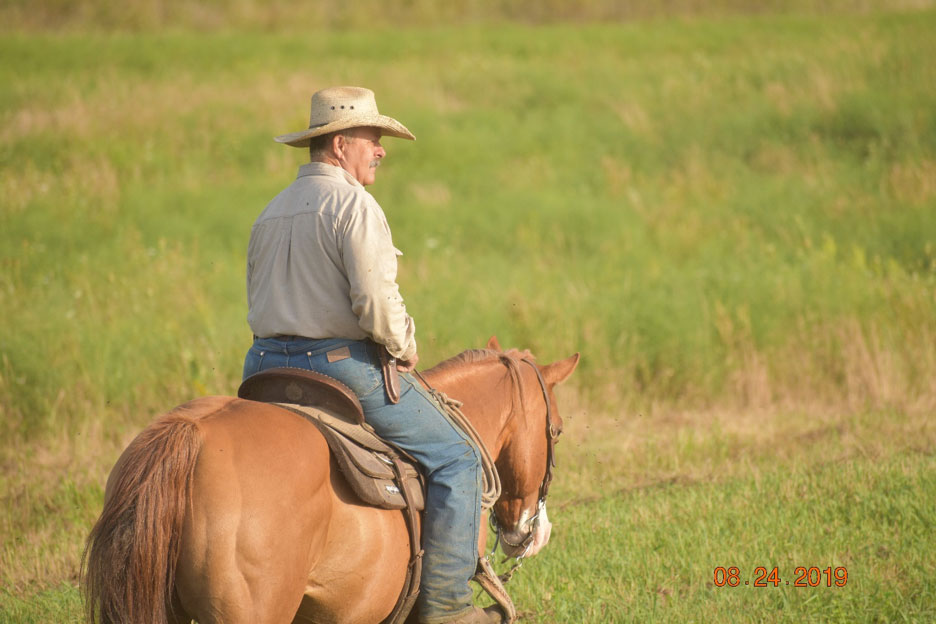 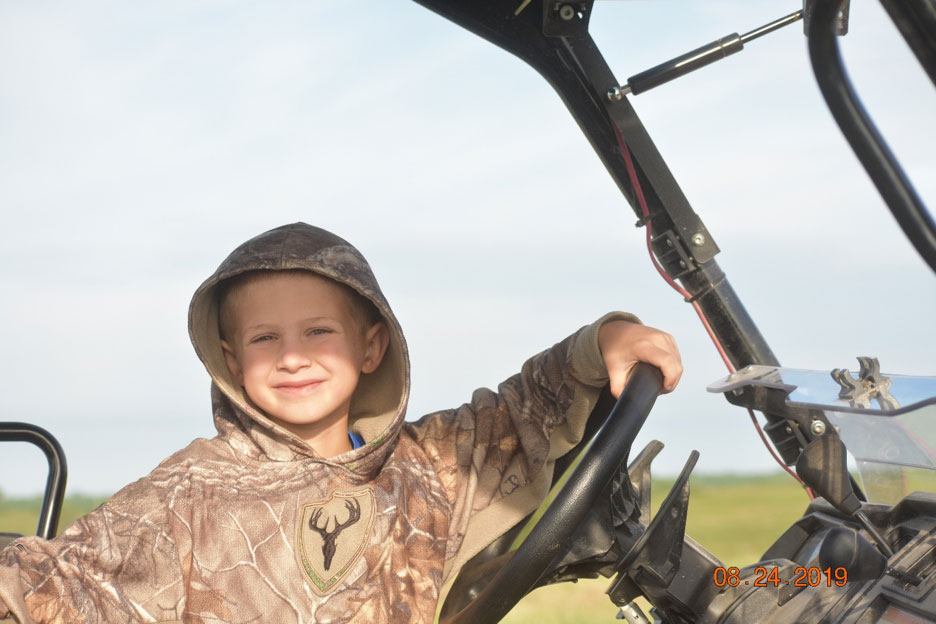 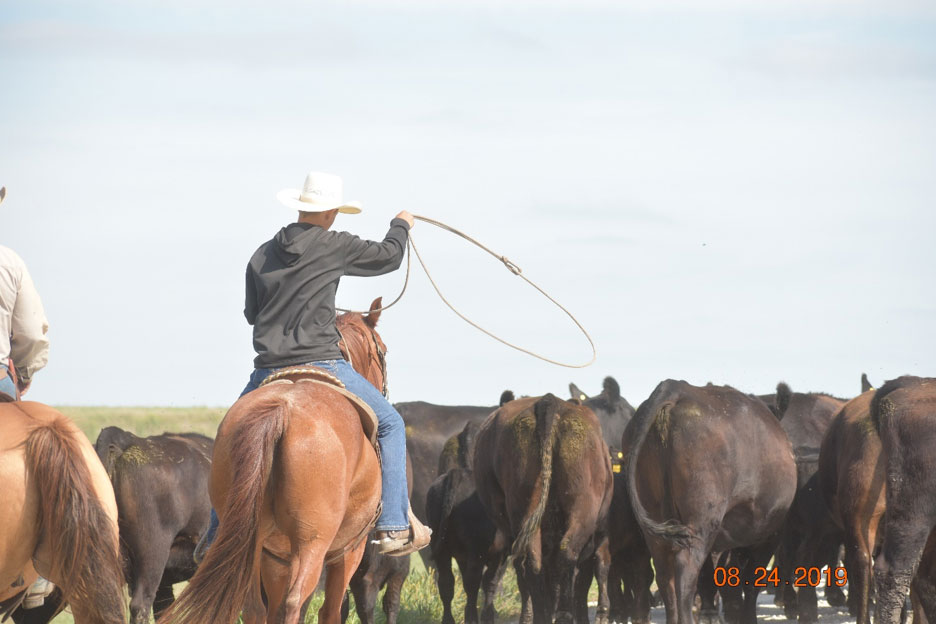 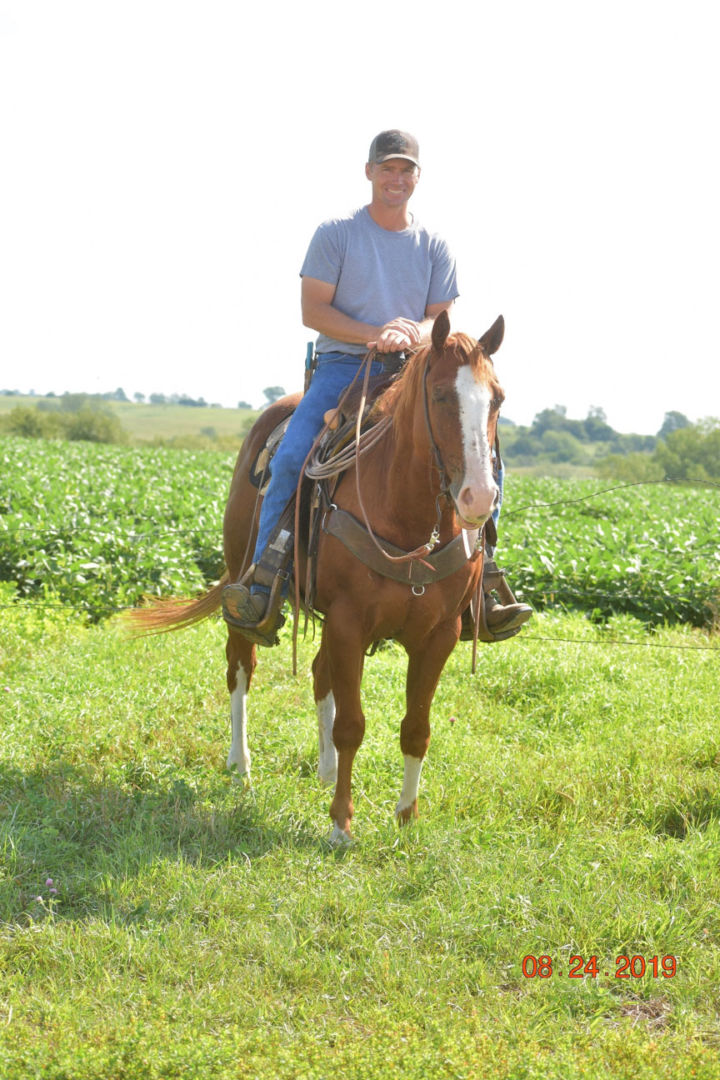 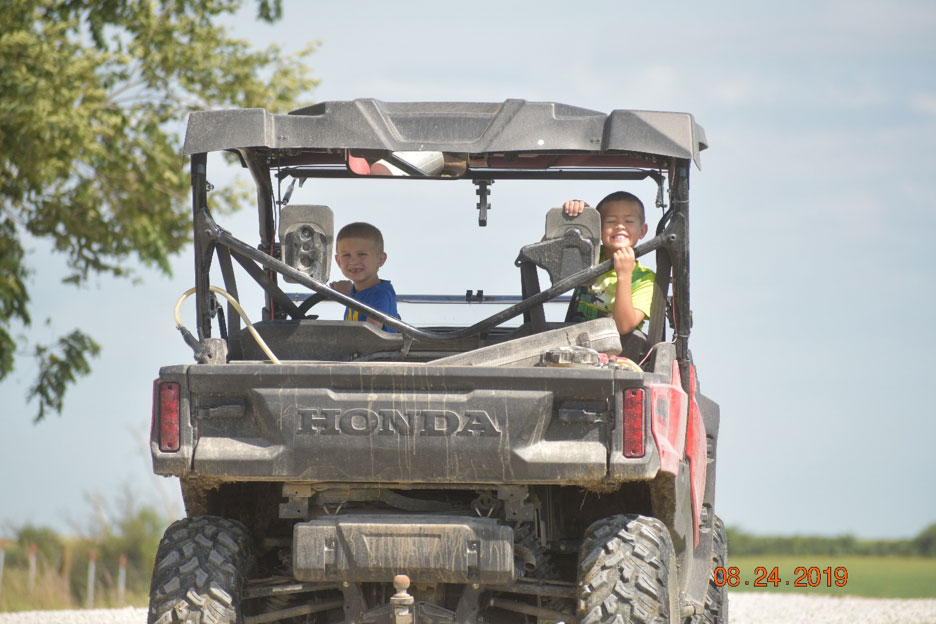 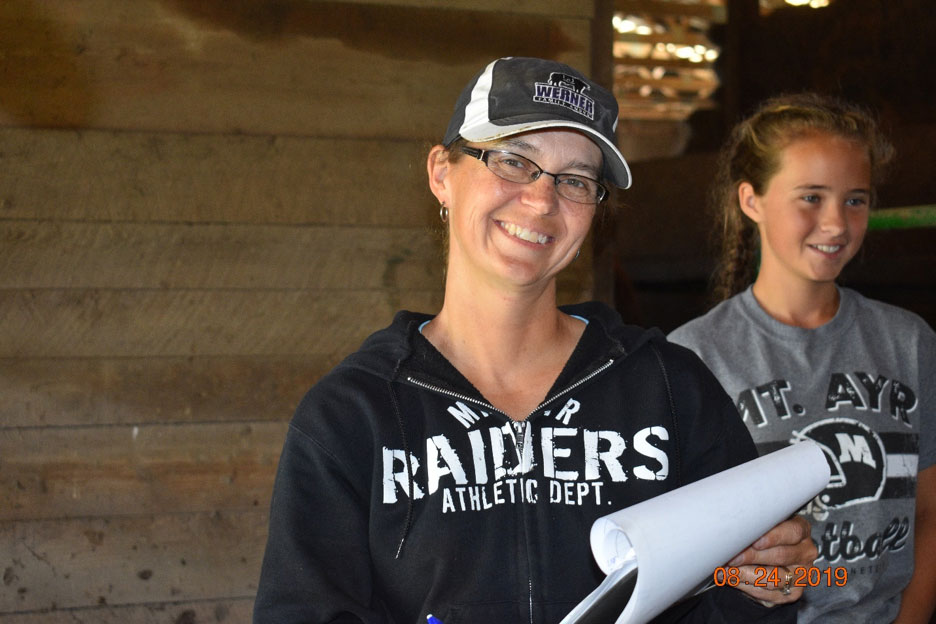 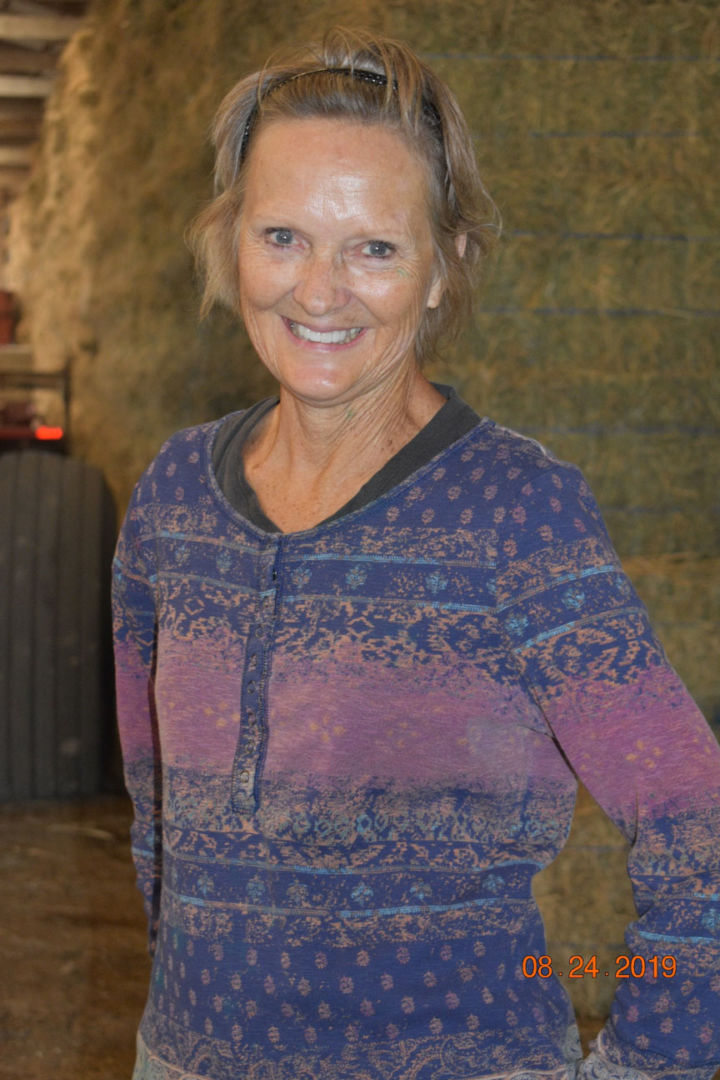 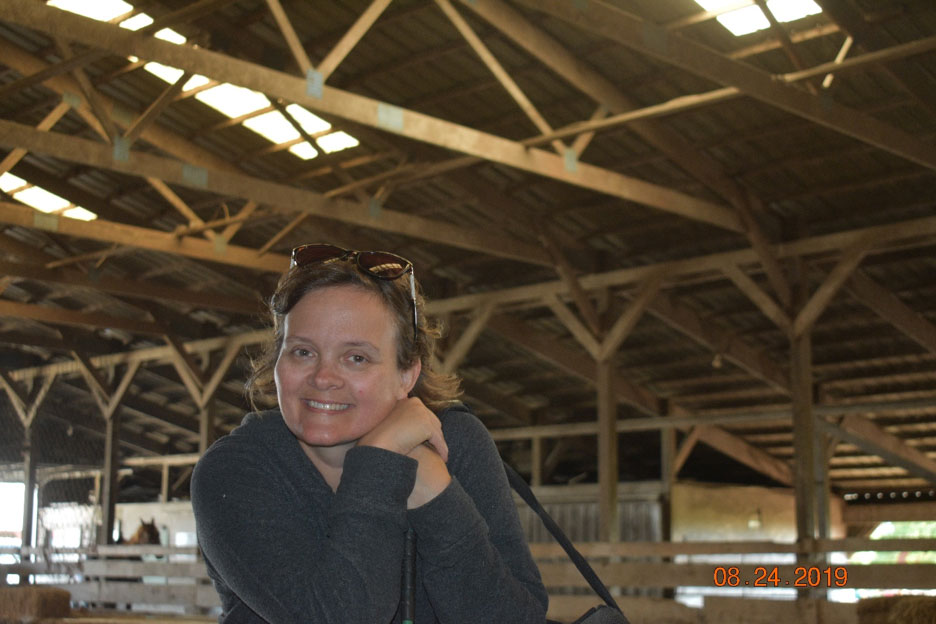 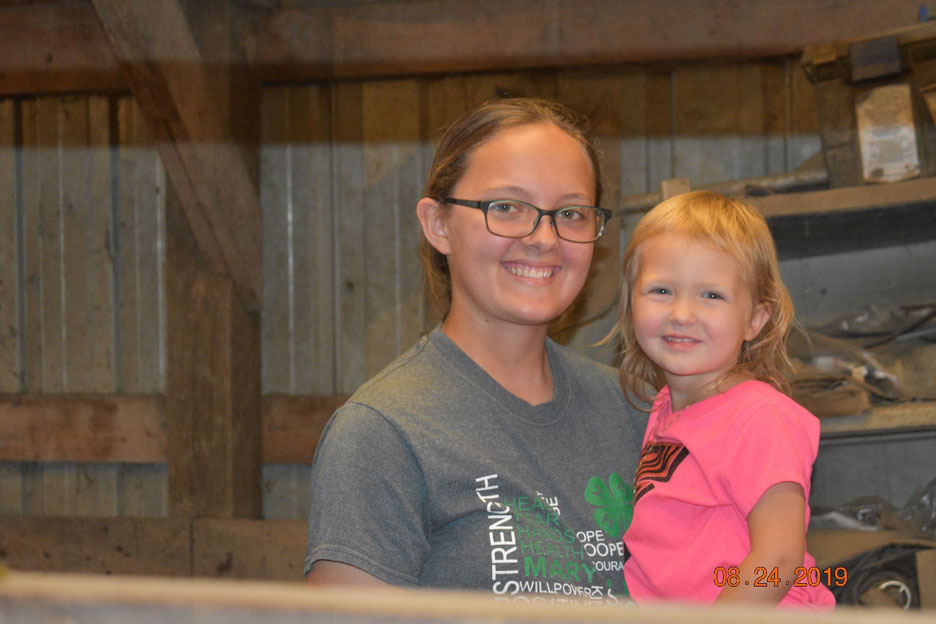 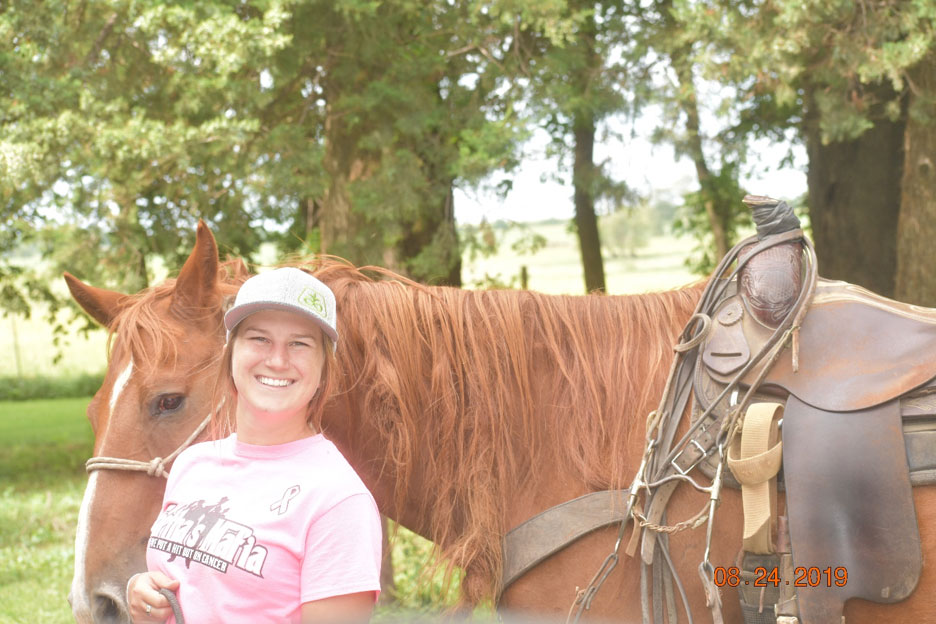