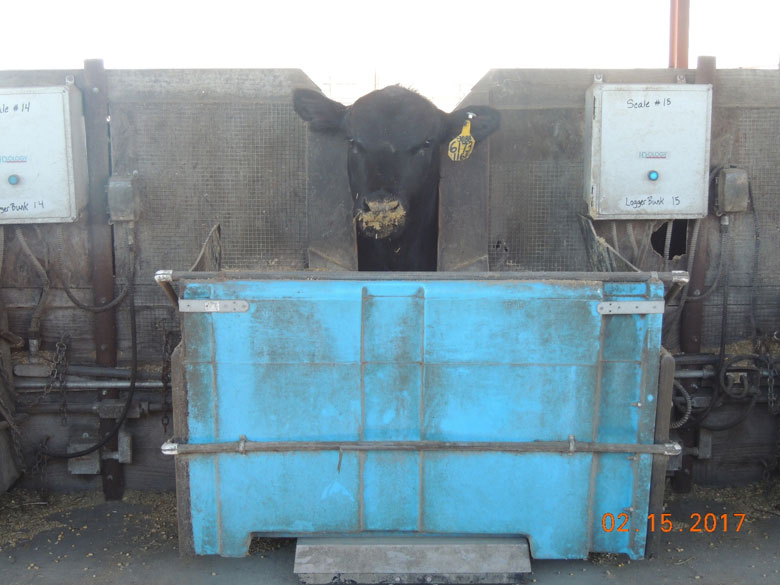 We weighed our yearling bulls off test this week. This is one of my favorite things to do as we get to evaluate how well each bull did on test.

Let me tell you how the test works.

Before we weighed the bulls on test in October, we put an Electronic Identification Tag (EID tag) in their ear. Do you see the little white button right above this bull’s tag? That’s his EID tag. That tag is the key in collecting the feed intake information.

After the bulls have been at the testing facility for a couple weeks and have become acclimated to their surroundings, we weigh the bulls on test. We weigh the bulls two days back to back and average the weights to get a more accurate measurement.

Once we collect the on-test weight, we feed the bulls as you normally would, except instead of them eating out of concrete bunks, they eat out of individual feed intake bunks. Only one bull can eat at a time. (Though there are several bunks in the pen, so I should really say only one bull can eat at a time out of each bunk.) When the bull sticks his head in the bunk, his EID tag is read by the EID reader which encircles the bunk. The scale setting under the bunk weighs how much feed the bull eats, and this data is sent to the computer.

We compile this feed intake data throughout the test, then we weigh the bulls off test. 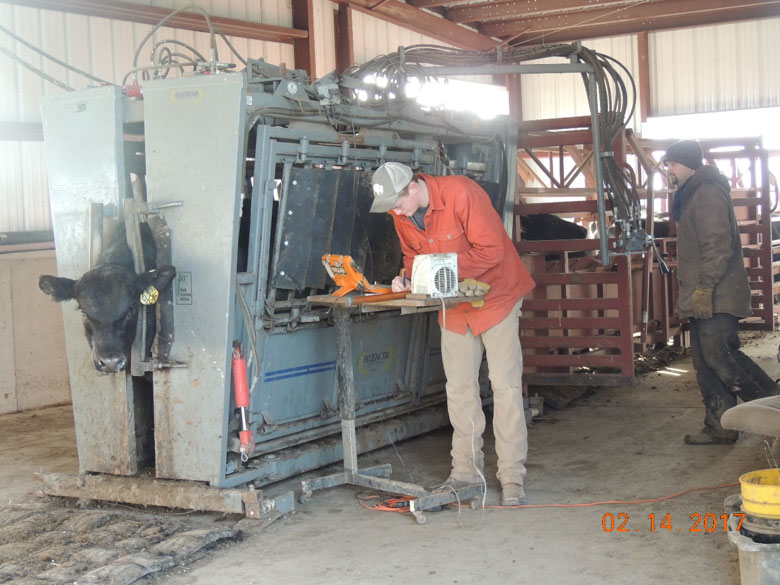 Again, we weigh the bulls two days back to back and average the weights.

This data fascinates me. I think it is the most important data we collect and I love to look at it. I could go on and on about it, but I’ll stop there. If you have any questions, however, don’t hesitate to call me!